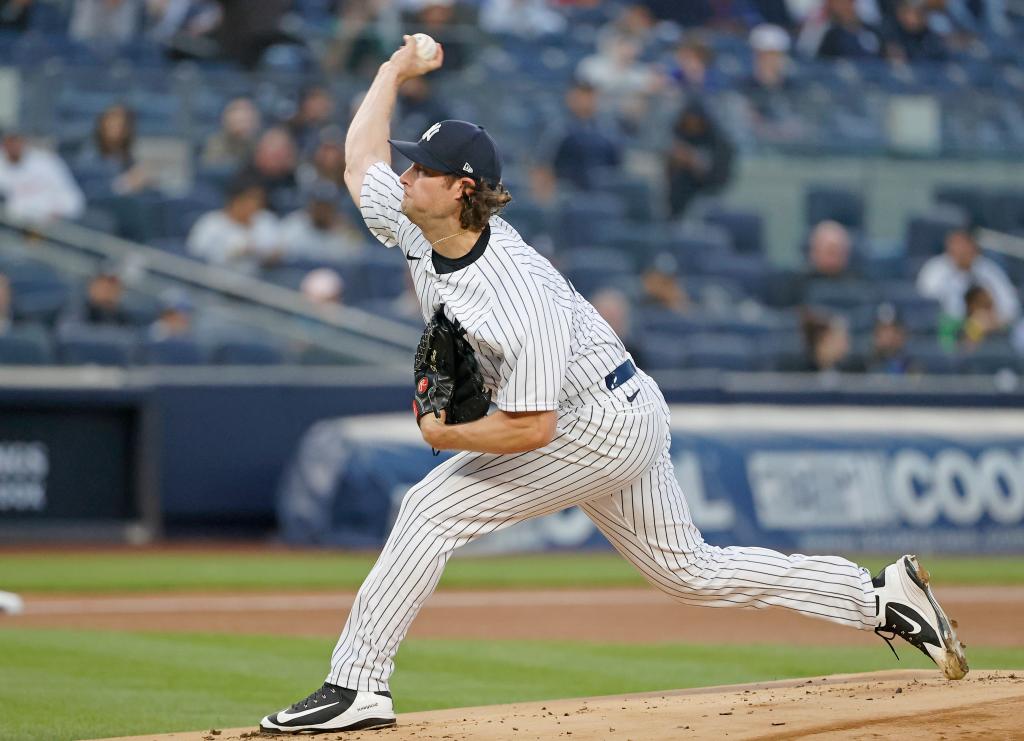 The reins are almost all the way off of the Yankees’ starting rotation.

“Yeah, could be,” Cole said Sunday. “I don’t know how much rope I have, but I was pleased to get into the sixth last week and I expect to keep the ball rolling like that.”

A shortened spring training this year limited pitchers’ ability to fully build up their workloads ahead of the regular season. Accordingly, Cole threw 68 and 85 pitches in his first two starts against the Red Sox and Blue Jays.

Manager Aaron Boone said that most of his starters should be in the 90-100 pitch range in their next turn through the rotation, which could allow them to provide some needed length.

Since his last start, Cole has put an emphasis on making his delivery more consistent to help improve his fastball command. Hitters this season are currently hitting .333 with a .933 slugging percentage off that pitch, per Baseball Savant.

“If I can just hit those corners with the fastball, that can help us get ahead and help us keep leverage throughout the count,” Cole said. “Just trying to sharpen that up.”

Boone has used 10 different batting orders through 10 games this season, but he downplayed any effect it might have on his offense’s slow start.

“I think it’s a lot closer to the same every day than [it seems],” Boone said. “When you change one guy out or move a guy here, it turns into a new lineup. But I don’t think it’s overall that much different. As you get flowing and get settled in, if we remain healthy, things tend to get a little more consistent.”

The Yankees will try to avoid being on the wrong side of history during their three-game series in Detroit.

Tigers veteran Miguel Cabrera currently sits five hits away from 3,000 for his career. The 39-year-old DH would become the 33rd member of the 3,000-hit club and the second active member, joining Albert Pujols. Cabrera is batting 8-for-29 to begin the season.