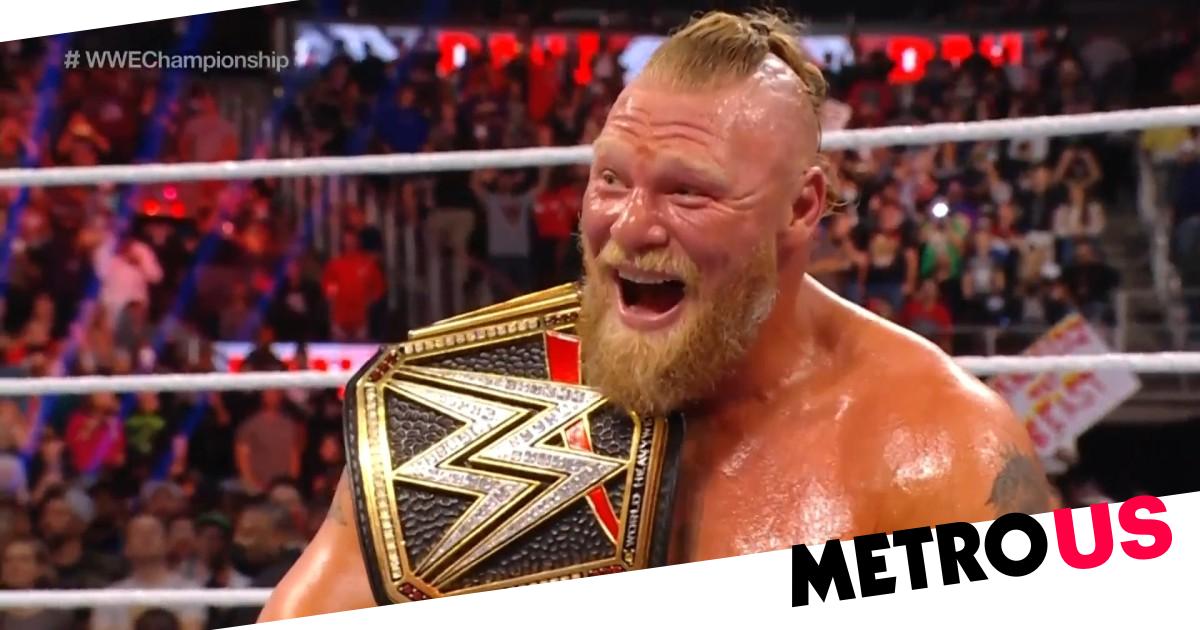 There had been rampant speculation about who the WWE Champion would face at MSG this weekend with plenty of fans wondering if former AEW star and executive vice president Cody Rhodes would make a sensational debut.

It wasn’t to be, with Vince McMahon’s protege Theory getting the nod in the main event just weeks after very entertaining clash against Lesnar at the end of the Elimination Chamber match last month.

According to live reports from fans in attendance, the Beast made quick work of Austin to retain his championship and keep things on track for his title versus title unification match with Universal Champ Roman Reigns at WrestleMania 38 on April 3.

After the match, the Tribal Chief came down to attack Brock with the Superman Punch, but a second attempt was reversed into some suplexes, with The Usos meeting the same fate.

Paul Heyman is said to have tried to attack his former client with a steel chair, and it was enough of a distraction for Reigns to hit him with several chair shots, leaving him bloodied up.

Jimmy and Jey Usos then brought some steps into the ring, and Roman paid another ‘tribute’ to his cousin Dwayne ‘The Rock’ Johnson with a huge Rock Bottom.

The Bloodline then stood tall over Lesnar as the MSG show came to an eventful end – albeit not as some people were expecting.

Elsewhere on the show, Alpha Academy retained the Raw Tag Team Titles over RK-Bro, and Finn Balor’s United States Championship defense against hometown star Damian Priest ended in a disqualification when the latter hit a low blow, before he took out Balor after the bell .

The New Day’s Big E and Kofi Kingston came up short against SmackDown Tag Team Champs The Usos, while Becky Lynch held onto her Raw Women’s Title in a Triple Threat by pinning Rhea Ripley after a KOD from Bianca Belair, and Roman Reigns held onto the Universal Title against Seth Rollins.

After the intermission, The Miz hosted Miz TV with Kevin Owens as his special guest, which referenced Logan Paul’s appearance at WrestleMania 37 as KO hit the Stunner on the A-Lister to remind him what happened to his friend.

If you’ve got a celebrity story, video or pictures get in touch with the Metro.co.uk entertainment team by emailing us celebtips@metro.co.uk, calling 020 3615 2145 or by visiting our Submit Stuff page – we’d love to hear from you.