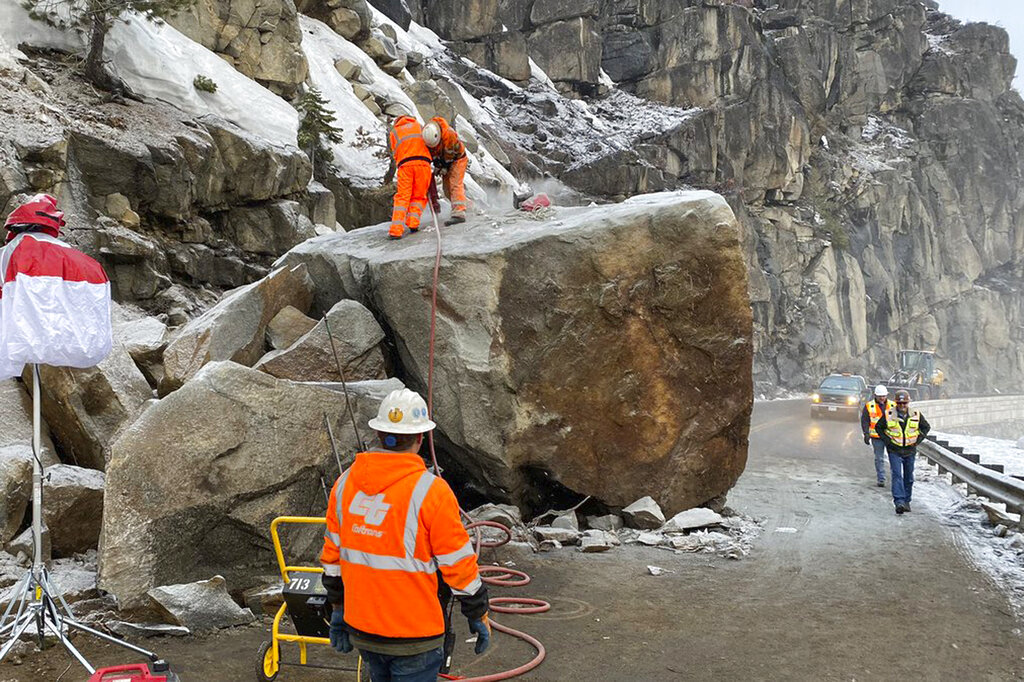 The second wave of a late winter storm brought more scattered showers and snow to California on Saturday, along with warnings for motorists on mountain roads.

Forecasters advised people planning mountain travel to be prepared for snowy conditions in the Sierra Nevada, the Cascades and ranges north and east of Los Angeles.

Several crashes occurred as heavy snow mixed with rain over the Grapevine section of Interstate 5 in Tejon Pass between Los Angeles and the San Joaquin Valley, the California Highway Patrol said.

“If you are headed to the mountains today, carry chains & an emergency supply kit!” the National Weather Service office in Sacramento said Saturday on Twitter.

Travel through the Sierra was already disrupted this week by a massive boulder that fell onto US Highway 50 at Echo Summit. California Department of Transportation crews blew up the rock Friday.

California ended the first week of March with a burst of wet weather after dry conditions in January and February that left the Sierra snowpack far below normal.

Up to five inches (12.7 cm) of snow fell over 48 hours through Friday evening at Mount Pinos in Southern California’s Los Padres National Forest, the weather service said. An inch (2.5 cm) was reported at the Mountain High ski resort near Los Angeles.