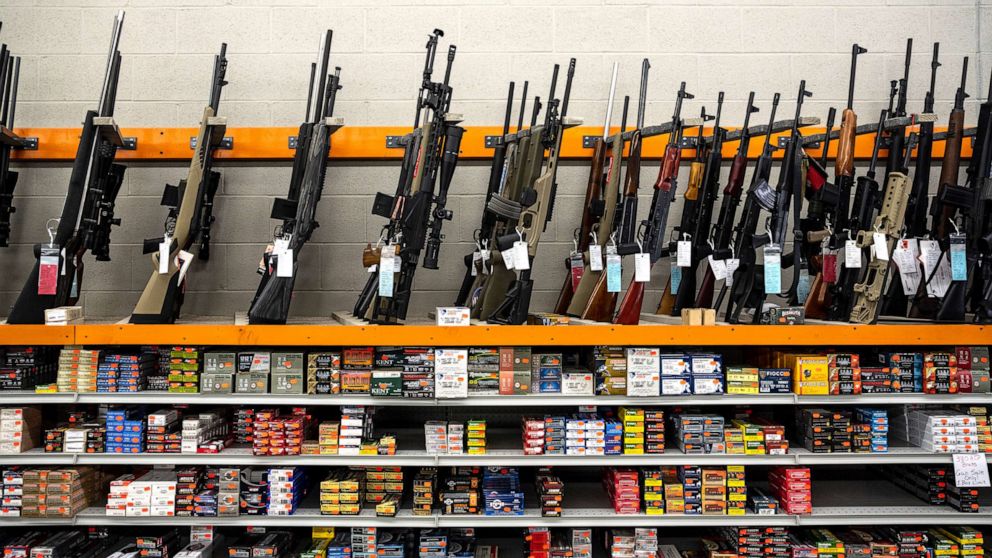 Gun control measures are being debated once again after one of the worst mass shootings in schools has ripped apart a Texas community.

Nineteen children and two teachers were killed Tuesday when a gunman opened fire at a primary school in Uvalde. The suspect had legally purchased two AR-15-style rifles in the days after his 18th birthday, authorities said.

Gun laws vary widely by state, and Texas is home to some of the weakest in the country, according to the Giffords Law Center to Prevent Gun Violence. Republican lawmakers in the state have repeatedly loosened gun restrictions even after recent mass shootings there.

Following the Uvalde shooting, several members of Congress have said they will discuss gun control legislation when they return from recess next week, including possible measures that show broad support among Americans.

House Majority Leader Steny Hoyer, a Democrat from Maryland, said Wednesday that the House will pass a bill next month to create a national “red flag” law. The proposed bill would allow family members or law enforcement officers “to apply for an extreme risk protection order with respect to a person who poses a risk to themselves or others.”

There was also broad bipartisan support; Mandatory background checks and red flag laws won the support of at least eight in 10 Republicans and conservatives, and as many or more of everyone else, the poll found.

There was less widespread support for other gun control measures. The 2019 ABC News/Washington Post poll found that six in 10 support a ban on high-capacity ammo magazines and 56% support a ban on the sale of assault weapons. Support for an assault weapons ban varied widely along political lines, with 81% of Democrats, 55% of independents and 33% of Republicans in favor.

Additionally, the poll found that 52% support a mandatory buyback program in which the government would require owners to turn in their assault weapons in exchange for payment.

In the Uvalde massacre, the gunman had a total of seven 30-round magazines in the classroom where the shooting took place, multiple law enforcement sources told ABC News.

One 30-round magazine was in an AR-15-style rifle used in the shootout and six magazines were carried in a tactical vest worn by the shooter, with the potential to hold 210 rounds.

It is not clear how many rounds were spent.

After the massacre, Senate Majority Leader Chuck Schumer said the Senate would vote on gun control measures, though exactly what policies are unclear.

“Let me be clear: We are going to vote on gun legislation,” he said on the Senate floor Wednesday. “The American people are tired of moments of silence, tired of kind words that offer thoughts and prayers.”

Lalee Ibssa and Trish Turner of ABC News contributed to this report.