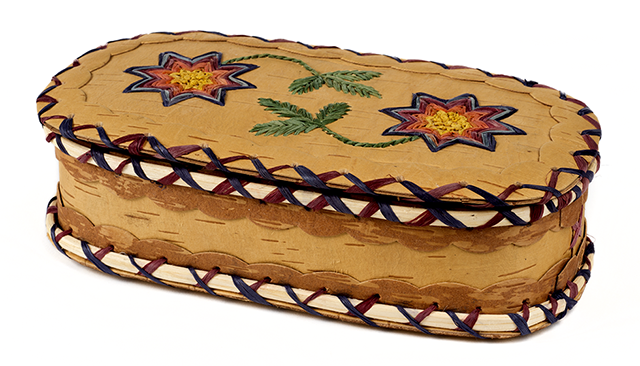 Normally, this column features all the bright and cool things happening in and around the Twin Cities, but this week there’s an additional location worth mentioning. At the Mille Lacs Indian Museum and Trading Post, visitors have the opportunity to meet four important women of the Mille Lacs Band of Ojibwe, whose knowledge of native artistic practices will be on display. You can learn about the women and see the wonderful objects they have created if you plan to be in the area this weekend or later this summer.

Also on the list, the Minnesota Cuban Film Festival kicks off a once-a-week festival experience, running through the end of June. For opera lovers, head to Canopy in downtown Minneapolis for an immersive experience with not one, but three different performers performing the title role of Violetta Valery in La Traviata. Other highlights: a compelling show with Rachel Jendrzejewski and Pramila Vasudevan at Hair + Nails, Saturday Night Jazz at kj’s hideaway and, next week, Sigur Rós at the State Theatre.

A new exhibition at the Hair + Nails gallery draws you in with its sheer honesty and emotion. Rachel Jendrzejewski and Pramila Vasudevan have created a kind of public diary process to share their experiences of living with cancer and the harsh medications they have had to take to survive. Jendrzejewski’s works are a mix of phrases and thoughts, sometimes scribbled together and sometimes edited out with bits of tape. Meanwhile, Vasudevan takes a more visual approach, creating raw, often colorful images that viscerally evoke her lived experiences. Together, these works immerse you in the process of both living with a terrible disease and creating art through that experience. You can stop by the gallery from 1:00 p.m. to 5:00 p.m. on Saturdays and Sundays (free). More information here.

If you didn’t get enough international cinematic goodness from the Minneapolis St. Paul International Film Festival, get your fix at the Minnesota Cuban Film Festival by heading to MSP Film on The Main. The festival kicks off on May 26 with Rigoberto López’s “El Mayor,” about the 19th-century Cuban revolutionary Ignacio Agramonte y Loynaz. The festival continues until the end of June with documentaries such as “Hugs will return” on June 2, about Cuban doctors fighting the coronavirus, and “Canción de barrio”, on June 2. 16, about the tour of folkloric singer Silvio Rodríguez through 60 of the poorest neighborhoods in the country. The festival also presents narrative fiction films, such as “El último balsero (The Last Rafter),” on June 23, about a young Cuban who searches Miami for his long-absent father. Films are shown at 7 pm on Thursdays, May 26-June 30, at MSP Film at The Main ($9). More information here.

Three different sopranos take on the role of Violetta Valery in the wraparound version of “La Traviata” from Out of the Box, directed by David Lefkowich. Out of the Box’s interactive version of Giuseppe Verdi’s opera, based on “La Dame aux Camélias” by Alexandre Dumas, about a courtesan with consumption. It is a co-presentation with Opera Colón, which will present the production next week. Among the sopranos is Alexandra Razskazoff, from New Brighton, who recently became one of six newly chosen winners in the Dominique-Laffont Metropolitan Opera Competition. After the presentation of the first scene to the entire audience, the audience divides into groups, where they will watch scenes in different locations, each featuring a different Violetta performance, before uniting for the finale. Friday and Sunday performances have sold out, but you can still get tickets for the 7 pm show on Saturday, May 28 at Canopy by Hilton Minneapolis Mill District ($93). More information here.

Misi-zagaa’iganii-ikwewag ‘Women of the Great Lake’

Four women artists and culture bearers from the Mille Lacs Band are featured in a new exhibition presented by the Minnesota Historical Society at the Mille Lacs Indian Museum and Trading Post. Featuring beaded clothing, birch bark baskets, loom-woven belts and items made from sweet grass, the exhibit celebrates the art and cultural knowledge of late Wabooziban (Late Rabbit) gang members Margaret Hill, Naawakamigookwe (Middle of the Earth Woman) Maude Kegg, and Naawigiizisookweban (Noon Lady) Batiste Sam, who worked at the museum throughout their lives, as well as artist and children’s book author Cheryl Minnema. The words throughout the exhibit are in English and Ojibwe. Opens May 28, 10 a.m. to 5 p.m. for MNHS members and Mille Lacs Band members). More information here.

Spend a night at kj’s hideout with a double header of jazz music. Jazz trumpeter and composer Kenny hosts the evening, beginning with his own group at 8 pm, playing alongside Lasse Corson on piano, Ted Olsen on bass and Miguel Hurtado on drums. After that, stick around for the group’s Zacc Harris Improv Styles at 9:30 p.m. Harris jams with Bryan Nichols on piano, Chris Bates on bass, JT Bates on drums, and Brandon Wozniak and Aaron Hedenstrom on sax. 8-11:30 pm Saturday, May 28, at KJ’s Hideaway ($20). More information here.

The sound of Icelandic post-rock band Sigur Rós has a way of permeating your body as you listen to their layered, almost ritualistic sound. There is a lyricism to the words, even when sung in a made-up language coined by the band called Vonlenska, sung by lead singer Jón Þór “Jónsi” Birgisson. With an ethereal falsetto voice, multi-instrumentalist Jónsi mesmerizes with voice and multi-instrumental musicianship as well, particularly when he uses his bow on a guitar. They perform at 8 pm on Tuesday, May 31 at the State Theater ($59.50-150.50.) More information here.