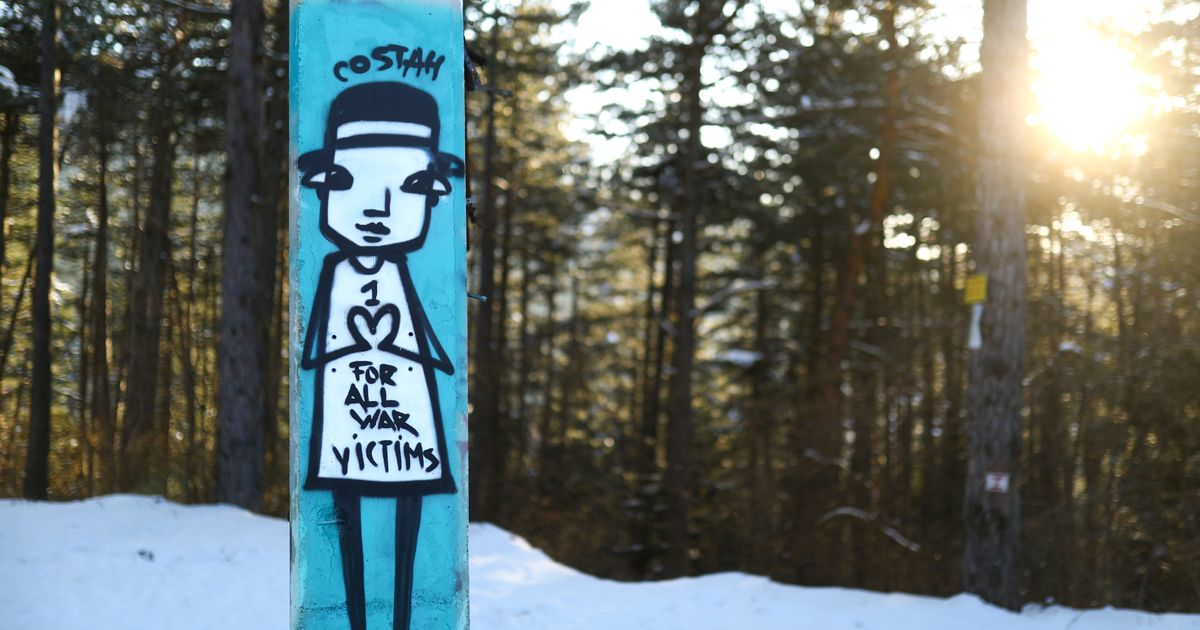 SARAJEVO, Bosnia-Herzegovina (AP) — News reports from Kyiv and other Ukrainian cities under unrelenting bombardment by the Russian Army have been triggering painful memories among the survivors of the 1990s siege of the Bosnian capital, Sarajevo.

And yet, many have been spending hours on end glued to their TV screens since Russian President Vladimir Putin launched his invasion of Ukraine late last month.

“Not so long ago, we were them,” said Amra Muftic who survived the 1992-95 siege, watching news reports showing civilians taking refuge from Russian rocket attacks, shelling and gunfire in basements and metro stations.

“If our experience is anything to go by — and I have a gut feeling that it is — things are about to get much worse,” for them, she added.

Bosnian Serb forces laid siege to Sarajevo in the early 1990s, during the bloody break-up of Yugoslavia. Some 350,000 people were trapped, for 46 months, in their multiethnic city, subjected to daily shelling and sniper attacks and cut off from regular access to electricity, food, water, medicine, and the outside world.

More than 11,000 people were killed during the siege, including over 1,000 children. Countless others were wounded.

“We know how they feel. We survived the longest siege in modern history” said Elma Vukotic, an anesthesiologist, as she and her fellow healthcare workers stood earlier this week outside their Sarajevo hospital, clad in their medical robes and holding balloons in the blue and yellow colors of the Ukrainian flat — and, coincidentally, also the Bosnian one. Vukotic said their spontaneous show of solidarity was the least they could do for their Ukrainian colleagues.

“All wars are painful, all attacks against civilians abhorrent, but what is happening to Ukrainians right now is especially traumatic for us because they are so close and in a situation very similar to ours” three decades ago, Vukotic said.

“Television images of pregnant women waiting to give birth in the basement of the Kyiv hospital, hastily converted into an emergency bomb shelter, gave me a strong sense of deja vu; I know exactly how they feel, how terrified they must be,” she added. “Also, I think we all can empathize with how unwilling ordinary Ukrainians were to accept that the war was coming until Russian rockets and bombs started raining down on their homes, schools and hospitals.”

The Bosnian war started when Bosnian Serbs, with the help of the Yugoslav army, tried to create ethnically pure territories with the aim of joining neighboring Serbia. More than 100,000 people were killed and 2 million — more than a half of the country’s population — were left homeless during the conflict.

The Serb leadership argued throughout the war that multiethnic Bosnia was not a country at all and that, along with its Catholic Croats and its Bosniaks, who are mostly Muslim and account for about half of the population, it should be split between neighboring Serbia and Croatia . Bosniaks, they insisted, were just treacherous Serb converts who centuries ago abandoned their original (Orthodox Christian) faith.

Many in Sarajevo heard the echoes of those old insults in Vladimir Putin’s recent statements, offered to justify Russia’s invasion of Ukraine.

A United Nations arms embargo maintained in Bosnia throughout the 1990s conflict gave Bosnian Serb militias, armed and backed by the Serbia-controlled Yugoslav Army, an edge in the fight. They conquered 60% of Bosnia’s territory in less than two months, committing horrendous atrocities against their Bosniak and Croat compatriots.

In 1995, the US-brokered Dayton Peace agreement put an end to the bloodshed in Bosnia by dividing the country into two semi-autonomous parts — one run by the Serbs and the other shared by Bosniaks and Croats. The two are linked by weak multiethnic institutions.

But living together in the aftermath of a brutal, fratricidal conflict has proven to be difficult.

With Moscow’s backing, the strongly pro-Russian Bosnian Serbs, in particular, have been advocating for years for the independence of their region. Meanwhile, sectarian networks of patronage and pervasive corruption, which gradually became integral to the system, ensure that Bosnia remains one of the poorest countries in Europe, increasingly hemorrhaging its best and brightest.

“Right now, Ukrainians are subjected to torture, they are pleading for help and hoping for who knows what,” said Zoka Catic, a film-maker and journalist from Sarajevo who has spent years documenting the devastating impact of war on the mental health of Bosnians of all ethnic stripes.

No matter how the conflict in Ukraine ends, he argued, there is no such thing as a happy ending to a war.

“It is just a matter of time…before (Ukrainians) turn into us: sad, unhappy people who experienced the worst feeling in the world — helplessness.”