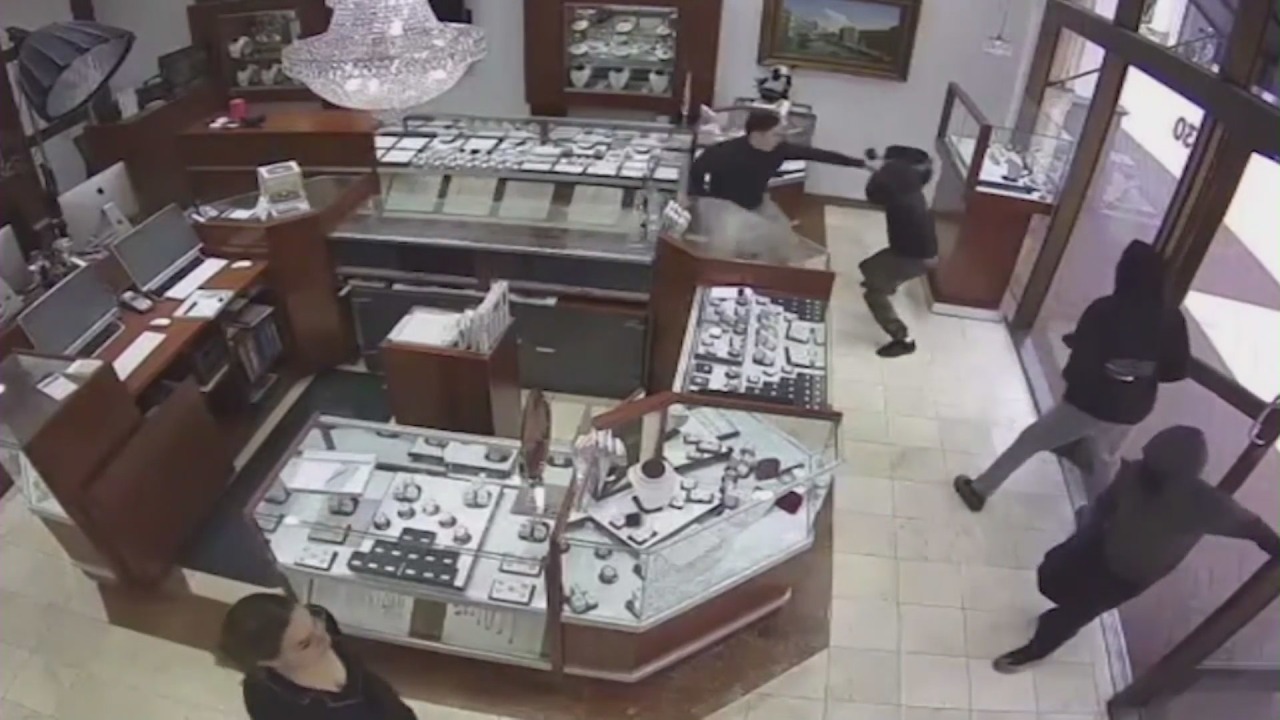 An attempted hit-and-run robbery at a jewelry store in the Bella Terra shopping center in Huntington Beach resulted in a melee as store employees refused to let the business be looted without a fight.

Employees, including a brother and sister who work for their father in the family business, responded by punching and kicking the attackers.

One young woman even smashed an intruder in the head with a chair.

Within seconds, the would-be thieves decided to back off.

The Baca family has been in the diamond business for years, but this was the first attack they faced.

“We had the idea that it could happen, but it’s always different when it actually happens,” employee Dallas Baca said.

Baca added that the focus was on forcing the intruders to leave.

“At some point while I was fighting them, one of them hit me in the head with a hammer, on the side of my left temple, but I didn’t even realize it until they left because there was so much adrenaline. happening,” Baca added.

“I’m glad everyone is okay. I’m glad our team came together and we were able to fight back and stop what was happening,” added co-worker Sarah Baca, who confirmed that police were called immediately after the attack.

Sarah Baca was also the employee who hit an attacker with a chair when he was aiming at Lily, another employee.

“I grabbed a chair and hit the guy who was attacking Lily in the head,” Sarah Baca said.

Other workers at the mall said the attack had everyone in the mall on edge, but they are glad the jewelry workers fought back.

“We were a bit scared. Everyone was hanging around so I told everyone to come to our shop,” said Kyle Sary, who works at a nearby surf shop. “I guess they went into the store, broke some things, but the family turned them away, good for them, right?”

The owners of the jewelry store said they aren’t sure what, if anything, they took.