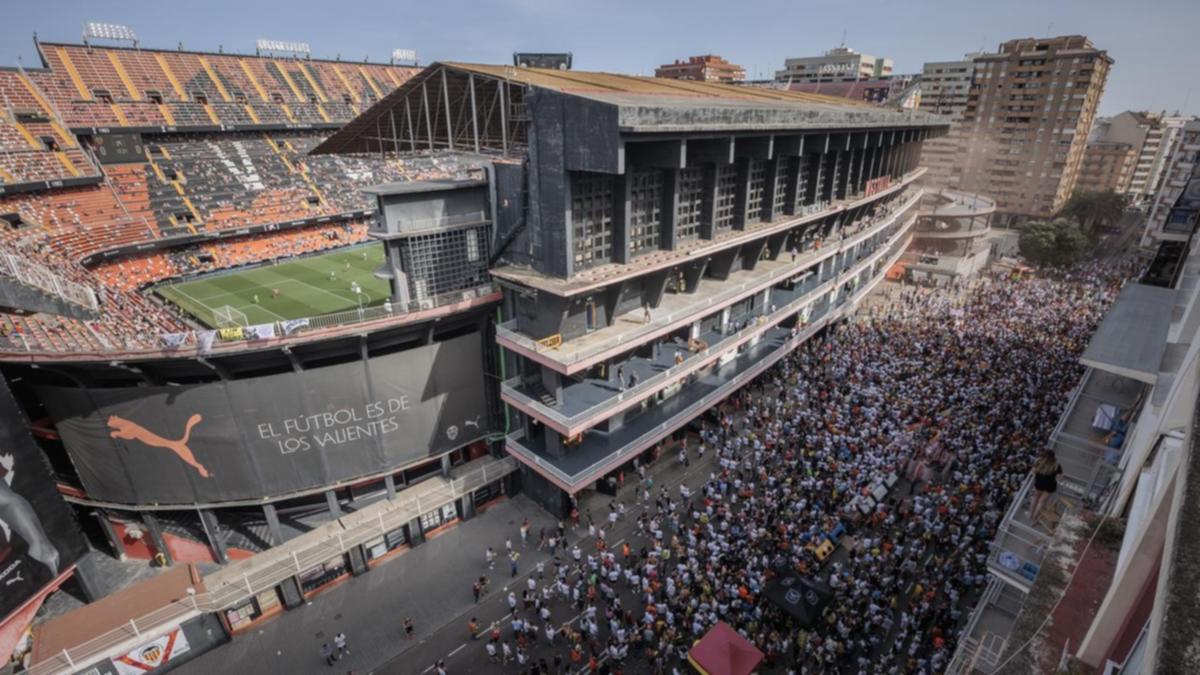 Thousands of Valencia fans angry with the club’s owner, Peter Lim, protested outside his stadium as his team played the last game of the season.

Fans waved signs reading “Lim Go Home” and shouted at the Singaporean businessman to sell the club. There seemed to be more fans flooding the streets outside the Mestalla than inside watching Valencia beat Celta de Vigo 2-0 in LaLiga.

The latest protest against Lim’s leadership was called after local sports newspaper Superdeporte published leaked audio of club president Anil Murthy. On the recordings, Murthy seemed to put down some local residents.

Valencia responded with a statement saying that the newspaper was carrying out a “smear campaign” and “illegitimately publishing recordings that belong to the private sphere, decontextualized, edited and adulterated.”

Lim, 68, bought Valencia out of bankruptcy in 2014. At first, fans were delighted to see a new owner who could revive the club. But they quickly grew apart as Lim began selling talented players and seemed content with a middle place in the league standings.

Saturday’s victory, secured with a goal in the 28th minute by Max González and an own goal by Néstor Araujo in the 60th, left them in ninth position.