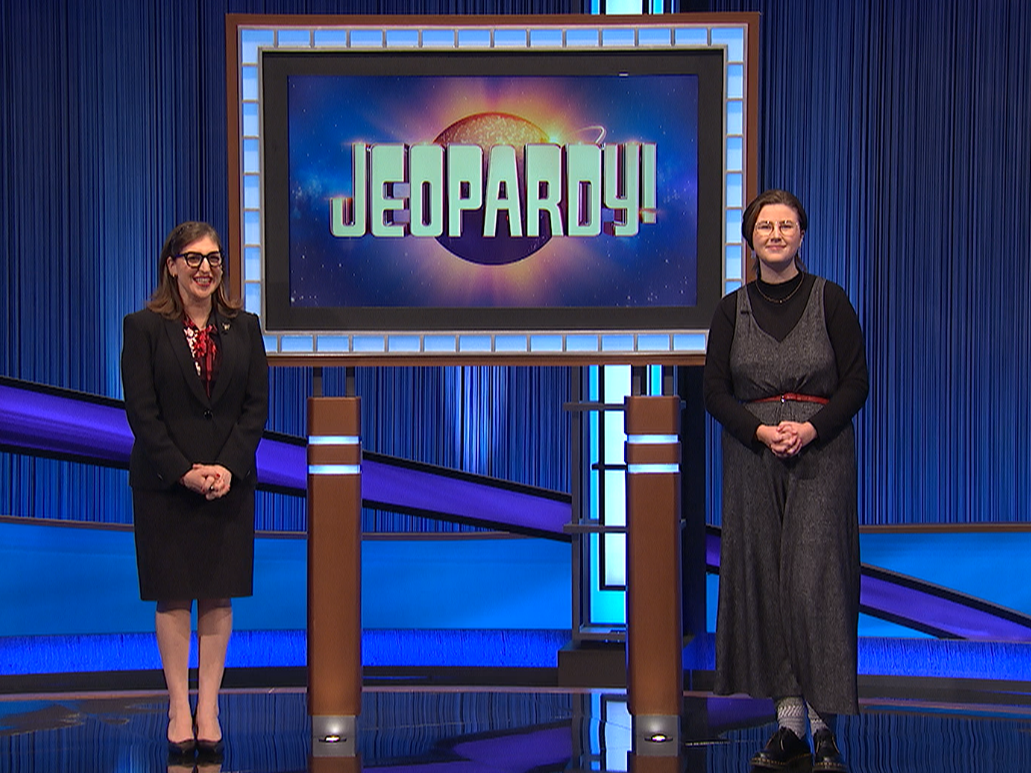 when Jeopardy! co-host Ken Jennings opened Monday’s airing of the popular game show by listing off popular Canadian staples, he was doing so for good reason.

After all, the show — previously hosted by beloved Canadian Alex Trebek of North Bay, Ont. — was nearly maxed out with Canadians. Two of the three contestants were proud Canucks.

Roach, of course, was the better-known of the pair, having entered the night with nine Jeopardy! wins — good for $210,802 in winnings and a spot in the Tournament of Champions which features the show’s top contestants.

Roach will chase an unlikely 11th win on Tuesday at 7:30 pm on YES-TV.

We apologize, but this video has failed to load.

Of course, there was a third contestant. New Yorker Sarah McGrath, a business manager, was right in the mix after the opening round and appeared poised to give Roach a good run. In fact, only $1,500 separated the trio as they went into the Double Jeopardy! round.

Still, Roach, as she has done over the past two weeks, built up a mammoth lead heading into Final Jeopardy! — this time taking $20,800 into the final round compared to the $12,400 her nearest competitor, McGrath, had accrued.

North Vancouver’s Hayes was the only contestant to correctly answer the Final Jeopardy! clue. She finished in the runner-up position with $11,800.