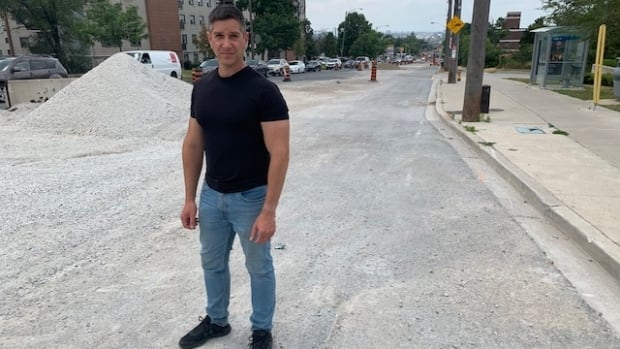 A city councilor from North Toronto wants the city to address one of the things that most frustrates drivers in this city: traffic jams caused by lane closures where no construction is actually taking place.

“We are seeing more and more neglected and neglected road construction sites throughout the city,” Pasternak’s motion says.

Pasternak’s motion comes at a time when traffic is returning to pre-pandemic levels in a city that has long had to deal with roads clogged with construction. He calls on staff to review all road projects, with particular attention to what he calls “abandoned construction sites,” and make sure crews are meeting the timelines they have submitted to the city.

“We should also have our field ambassadors go out and meet with the subcontractor and tell them that it’s unacceptable and there could be consequences down the line, like fines or loss of contracts.”

One of the groups Pasternak heard about is the Downsview-Roding Community Group, headed by Mark Tenaglia, who lives near Wilson Avenue between Keele and Jane streets.

Traffic jams there are an all-day, everyday affair, Tenaglia says, because two of the highway’s four lanes have been closed for maintenance for about a month, work that rarely seems to be happening.

“We are absolutely fed up with this,” Tenaglia said. “You can imagine people coming home from work and getting stuck on this two-kilometre stretch of road for half an hour or even longer.”

In addition to the hassle for drivers, Tenaglia and Pasternak say roads that are impassable because they’re overloaded with traffic can hamper emergency vehicles. Tenaglia points to an entrance to a paramedic station in Wilson that is often blocked by stalled traffic.

“It’s dangerous,” Tenaglia said. “Imagine you have emergency services trying to get through this stretch of road that has all this construction on it.”

Tenaglia is also concerned that frustrated drivers will abandon Wilson and speed through nearby residential streets instead.

He says Wilson isn’t the only street in the area that appears to have been closed for little reason.

“We’ve got a lot of construction that’s been going on on side streets, changing water, sewer, and things like that,” he said.

“They took the pipes out, they put in new ones, but the streets weren’t necessarily resurfaced. So you have horrible, horrible driving conditions and a lot of construction left undone.”

As for the people who say road building is a normal part of life in Toronto?

“I know we have to improve services and stuff,” Tenaglia said.

“It’s when we have a site that has been abandoned because I can’t remember how long it’s been, and then it creates a risk to the community,” he added.

The Ontario Highway Builders Association disputes the idea that construction sites have been abandoned. The association says lane closures only happen with a city street occupancy permit, and if lanes are closed, it’s usually for safety reasons.

“The safety of both workers and the general public is the top priority for all parties,” John Savoia, chairman of the association’s health and safety committee, said in a statement.

“Any lane closure that’s been installed is protecting something and someone, whether it’s during business hours or outside of business hours.”

As for Wilson’s closure, city staff told CBC Toronto the headaches will soon be over.

“The city’s contractor encountered underground conflicts while upgrading the storm and sanitary sewer system that runs under Wilson Avenue,” the statement read.

“To ensure the safety of both workers and area residents, construction has been halted and designs have been reviewed. Work is expected to restart within two weeks and be completed within three months.”