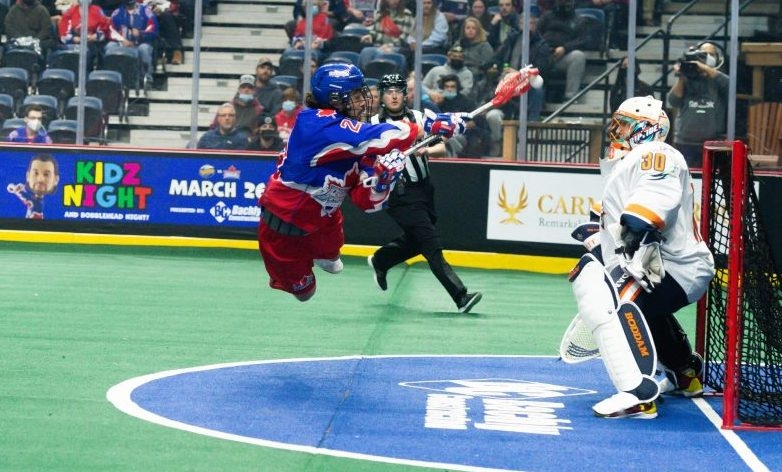 HAMILTON – Dan Dawson entered the National Lacrosse League as a sixth-round draft pick. Needless to say he has proved a lot of people wrong in the 21 years since.

Dawson, 40, played in his 306th career National Lacrosse League game on Saturday and contributed to a 12-9 Toronto Rock win over the New York Riptide. He has two goals and four assists as the Rock avenged a 14-13 loss to the Riptide in Uniondale, NY last week.

Dawson is now tied with Buffalo Bandits’ legend John Tavares on the NLL’s all-time games-played list and also moved to within one assist of tying Tavares on that career list with 931. But Dawson’s 1,471 points still have him around 300 behind Tavares, who spent 25 years as a player in Buffalo and who now serves as the team’s head coach.

“One step the wrong way and it can be over real quick,” Dawson said. “It shows how lucky I am.”

Dawson entered the league in 2001 with the long-forgotten Columbus Landsharks. And even at this stage, fans can see in the way he competes how much he enjoys lacrosse.

“Successful people do something they love,” he said. “For me at 40 to watch film, to get in the weight room, to do sprints and the things people don’t see, If I didn’t love it, I wouldn’t be doing it.”

“I still enjoy everything about this game, the travel, and being around the guys.”

The Rock welcomed fans back to the First Ontario Centre. 7,920 folks came out after three games in January and February were played without live spectators. But they had to wait until 3:40 in the second quarter to see a home-team goal. Dan Craig answered a first-quarter goal by New York’s Dan Lomas.

But then the offense opened up. Dawson’s two goals were from in close. Zach Manns scored twice as did Craig and Rob Hellyer. Tom Schreiber scored his 29th goal of the season which leaves him second in the league in that department. Mitch de Snoo, Challen Rogers, and Latrell Harris also scored for Toronto which improved to 7-4 and solidly in third in the East Division. Rogers said it was important for the Rock to play with pace.

“We’re always looking to push the ball more,” Rogers said. “It gives us momentum and when we score in transition, it takes pressure off the offence.”

After being pulled in last week’s game, Rock goaltender Nick Rose responded with a 37-save performance.

The Rock travel to Vancouver next Saturday to face the Warriors. Then after a bye week, the team returns to Hamilton to face the Georgia Swarm.