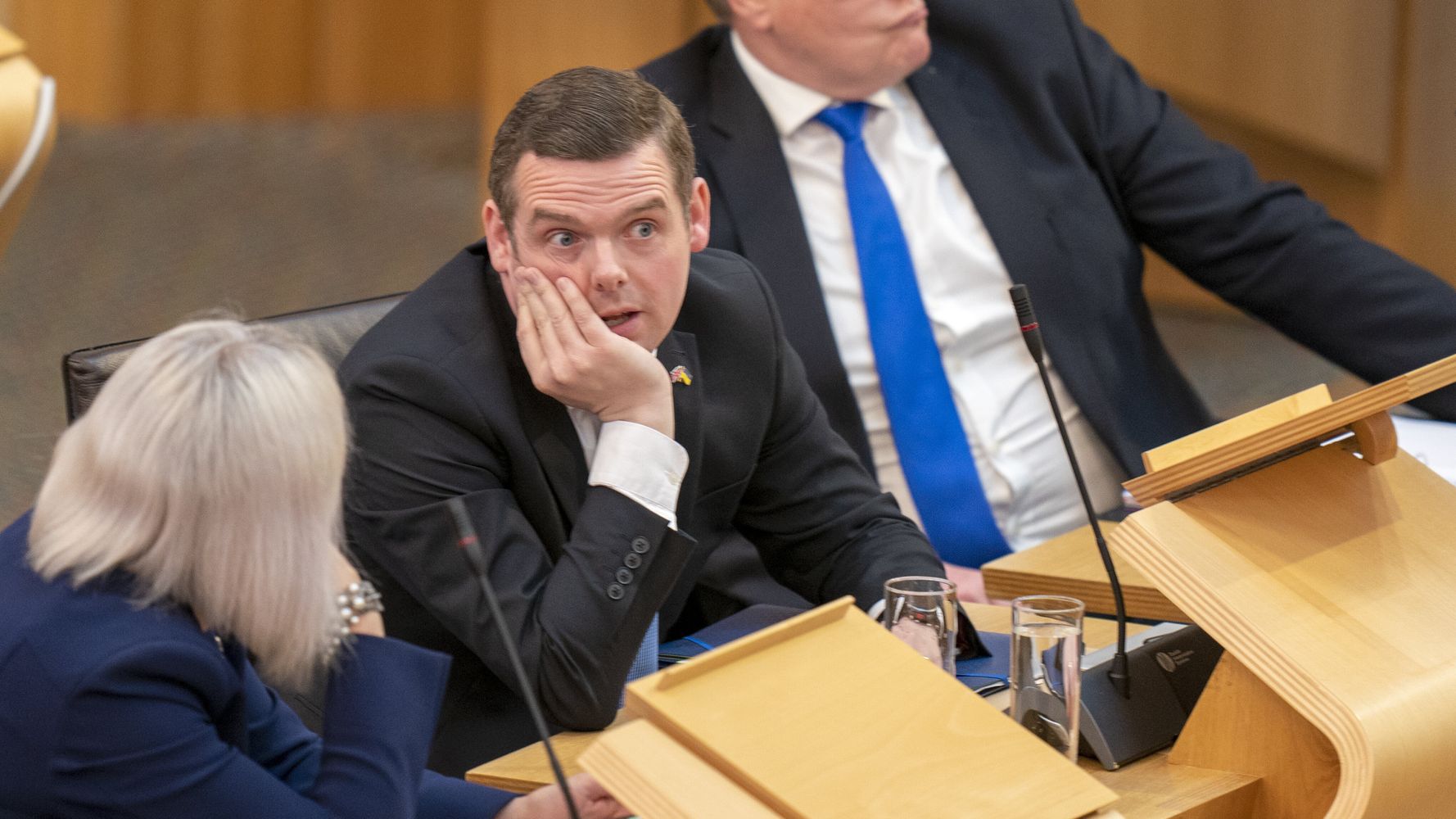 A Tory blame game has broken out in Scotland after the party suffered a disastrous night in local elections.

The Conservatives lost councilors across the country falling to third place behind Labor and the SNP.

Allies of Scottish Conservative leader Douglas Ross blamed the Westminster party scandal and Boris Johnson’s unpopularity north of the border for the dramatic decline in the party’s fortunes.

But others said Ross’ decision to withdraw his call for the prime minister’s resignation had damaged the Tories’ electoral prospects.

After the results were announced in 11 of Scotland’s 32 local authorities, the Conservatives had already lost 33 councillors, with more to follow.

Both Labor and the Liberal Democrats were making gains at the expense of the Conservatives, while the SNP has cemented its place as Scotland’s pre-eminent political party.

Adam Tomkins, a former Scottish Conservative MSP, rejected suggestions from some within the party that the prime minister was to blame.

He tweeted: “Sorry but this is nonsense. Regardless of what today’s results show, Douglas Ross owns this, not Boris. It was Douglas who changed direction, Douglas who turned and Douglas who backed the prime minister. He and his team need to take responsibility for the consequences, not pass the ball.”

I’m sorry, but this is nonsense. Regardless of what today’s results show, Douglas Ross owns this, not Boris. It was Douglas who changed direction, Douglas who turned and Douglas who backed the prime minister. He and his team must bear the consequences, not pass the buck. pic.twitter.com/0mOhix5MM7

But a Ross supporter took issue with that analysis, pointing out that the Tories were also having a bad night in England.

They told HuffPost UK: “I think it is useless for people within the Scottish party to point the finger of blame at Douglas when we have been losing councils like Wandsworth and Westminster. There may be a larger narrative here.”

Ian Blackford, the SNP leader in Westminster, said voters in Scotland had “sent a message” to Boris Johnson.

He said: “The important story of Scotland is the fact that the Conservatives are being pushed back.

“His vote is down and I think what really matters today is that the voters have sent a message to Boris Johnson.

“I think there are two things that count; one is of course the cost of living crisis – more needs to be done, and the other is partygate.

“I think people in Scotland have made it very clear that they don’t want any more of Boris Johnson and his Conservatives.”