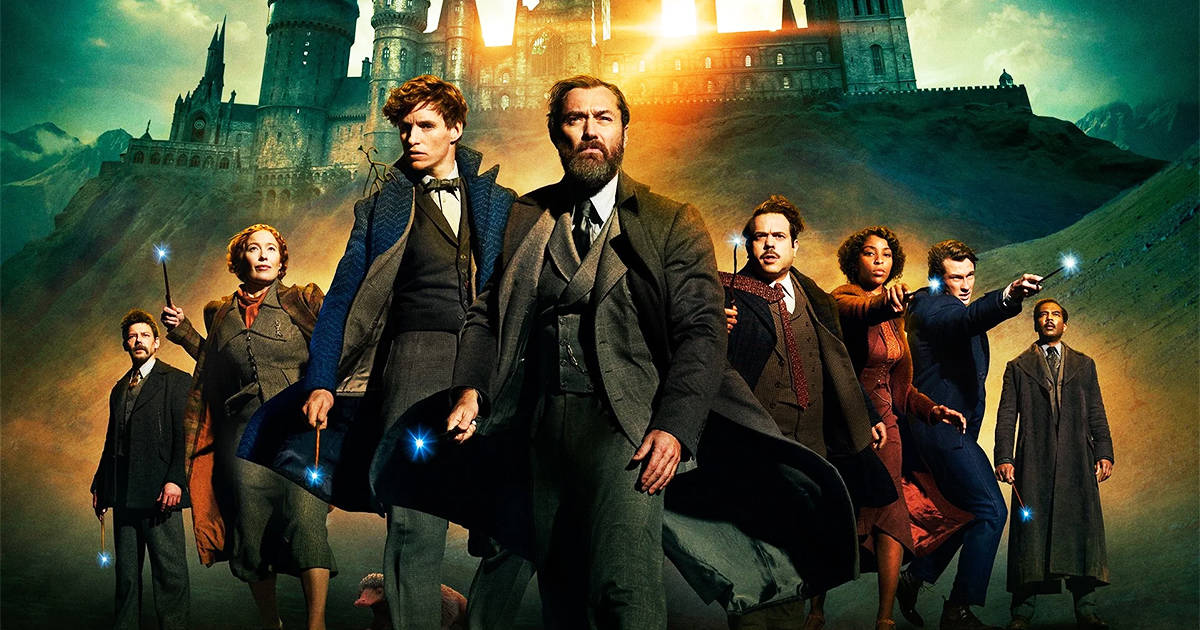 UPDATE: Box Office figures have been adjusted with the final numbers released today. The Secrets of Dumbledore came in even lower than expected with a gross of $42.1 million. Some of the rest of the top ten also saw some adjustments from previous estimates.

The good news is that Fantastic Beasts: The Secrets of Dumbledore took the top spot at the box office weekend. The bad news is that the opening is a franchise-low for the Harry Potter universe and now its planned five-movie plan is in serious question following its debut this weekend.

Fantastic Beasts: The Secrets of Dumbledore grossed an estimated $42.1 million over the weekend. That was close to my $40 million predictions although I thought sonic the hedgehog 2 had enough gas in its tank to maintain the top spot. sign that The Secrets of Dumbledore was going to have a soft opening began on Thursday. The film grossed $6 million in Thursday night previews, which was below the preview start of its two predecessors. The news didn’t get much better on Friday when the film grossed $20.1 million. That’s when we knew that the opening would be below the $50 million range and the movie was going to be in a bit of trouble on the domestic front. Saturday estimates came in at $13.9 million, a pretty steep decline from the Friday figure which also showed that the film was going to be extremely frontloaded.

Warner Bros. has to be worried about future plans for the franchise because we are seeing a case of diminishing returns. Fantastic Beasts and Where to Find Them kicked off things properly with a $74.4 million opening and a stellar $234 million at the domestic box office and $814 million worldwide. Just two years later, with The Crimes of Grindelwald, the shine already started to come off. That film opened at $62.1 million before going on to gross $159.5 million domestically and $654.8 million globally. This franchise has always been more of an overseas player but it still needs the domestic box office to not bleed off so much with each entry but business in the States also matters. Carrying a $200 million budget, before marketing costs, also doesn’t help matters. After grossing an additional $71.7 million, the film brought its global total to $193.4 million. Even with the international box office performing decently, it’s still going to struggle to come close to the global haul of its predecessor. I suspect Warner Bros. is having serious meetings this morning about what comes next but it’s not looking good so far.

Falling to second this weekend is sonic the hedgehog 2 with an estimated gross of $29.3 million. That’s a steeper than expected decline of 59.4% as the fan rush on this one to see it on opening weekend was greater than anticipated. The good news is that the sequel is likely going to outgross its predecessor and a third film is already in the works so Paramount Pictures is very happy with how the movie is performing so far. sonic the hedgehog 2 has now grossed $118.9 million at the domestic box office and after grossing an additional $25 million from 54 overseas markets, the film brings its global total to $231.8 million.

Still doing solid business in third place is Lost City with a gross of $6.2 million. That’s a decline of 31.1% as the film continues to be a top choice for the female demographic at the box office. to date, Lost City has grossed $78.2 million domestically and now it’s beginning to have a more significant rollout overseas as well. The film grossed $10.1 million across 33 international markets and it still has more markets to open in as its international rollout continues.

Moving up to fourth place is Everything Everywhere All at Once which grossed $6.1 million. That’s actually an increase of 2% from the previous weekend as A24 added more screens to the platform release. A24 is really doing a great job building word of mouth for the film and I think it’s going to continue to perform well in the weeks ahead as buzz continues to grow. to date, Everything Everywhere All at Once has grossed $17.6 million at the domestic box office.

Rounding out the top five is the Mark Wahlberg passion project, Father Stu. Despite an impressive “A” CinemaScore, the film only grossed $5.4 million over the weekend. The movie kicked things off early last Wednesday to come out ahead of the Easter weekend and has since taken in $7.7 million over five days. That is right on the nose of my predictions for the film but I suspect Sony Pictures was definitely hoping for more. I think the film will get more eyes on it when it hits PVOD and streaming but it just couldn’t break out beyond those who really wanted to see it to have a better debut at the box office.

Are YOU surprised by the weekend box office results? It should be noted that these figures are estimates coming out of the holiday weekend. The numbers will be updated accordingly if the final figures differ significantly.