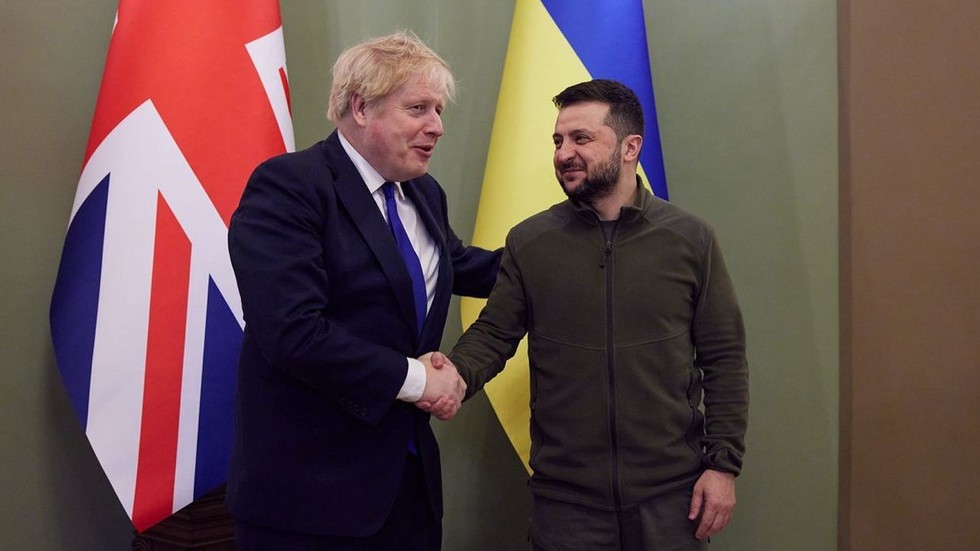 Boris Johnson reportedly wants to establish a group of like-minded states as an alternative to the EU.

UK Prime Minister Boris Johnson has reportedly suggested that Ukraine join a new alliance, which London is reportedly seeking to establish as a parallel structure to the EU.

Italy’s Corriere della Sera newspaper published a report Thursday that said there was a widening rift between kyiv and the EU over the bloc’s response to Russia’s military offensive in Ukraine.

The media’s assessment of kyiv-Brussels relations apparently stems from frequent criticism leveled by senior Ukrainian officials at some EU member states about the amount and extent of military support they are willing to provide kyiv, as well as the inability of the bloc to impose an embargo on Russian imports of energy until now.

According to Corriere della Sera, citing people familiar with the talks, London has been actively working to establish a ‘European Commonwealth’ for more than a month. Johnson has reportedly been trying to launch an alternative to the EU that would include the UK, Ukraine, Poland, Estonia, Latvia, Lithuania and possibly Turkey. The new alliance would reportedly welcome nations that value their sovereignty, are advocates of economic liberalism and are determined to repel “military threat from Moscow.”

The group would presumably encompass political, economic, and military dimensions.


Sources told the outlet that Johnson first presented this concept to Ukrainian President Volodymyr Zelensky during his surprise visit to kyiv on April 9. Since then, the UK has reportedly been courting Ukraine relentlessly.

The Ukrainian government has so far neither rejected nor accepted the offer, the report says.

The document suggests that Zelensky is awaiting the outcome of the EU summit on June 23, in which member states are expected to decide whether to grant candidate status to Ukraine, which would pave the way for accession talks.

It is also possible, the outlet claims, that rumors of London’s plans to pull kyiv away from the EU are meant to put additional pressure on member state leaders ahead of their meeting next month.

While unanimously condemning Russia’s military campaign in Ukraine, individual member states offered kyiv varying levels of military support. Despite being far from the bloc’s wealthiest members, Poland and the Baltic states are firmly in the lead when it comes to contributing to Ukraine’s defense, while powers such as France and Germany have kept their donations relatively modest until the present day. date.

Commenting on this latest report in the Italian media, Kremlin spokesman Dmitry Peskov said on Friday that Russian officials did not know if Johnson really has these intentions, although if it turns out to be the case, Moscow would see it as London’s attempt. start a dispute to undermine the position of the EU.