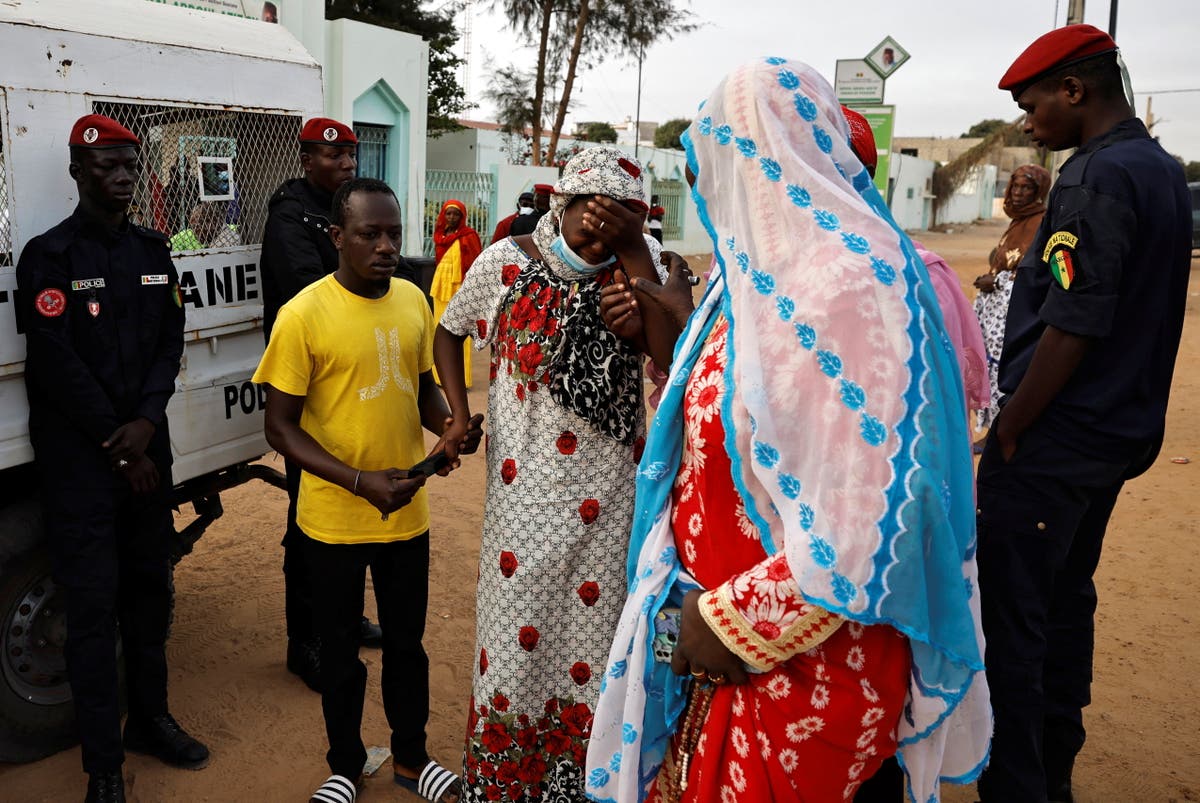 President Macky Sall called for three days of mourning on Thursday after a fire engulfed the neonatal unit of a hospital in Senegal, killing 11 newborn babies.

Only three babies could be saved, President Sall said.

Grieving parents, still visibly shaken, stood outside the hospital in mourning and were comforted by relatives.

Mamadou Mbaye, who witnessed the fire on Wednesday at the Abdoul Aziz Sy Dabakh Hospital in Tivaouane, a city 75 miles northeast of the capital Dakar, said conditions inside the hospital were “appalling”.

“It was hot and smoky inside with sweltering heat, and there was a power outage,” Mbaye said.

“I baptized my son on Wednesday and he was baptized here at the hospital. To my great surprise, I received a call to say that the neonatal section had been destroyed by fire,” said Badara Faye, who lost her child.

Moustapha Cissé, who also lost a newborn, said they are still waiting for answers on how such a tragic fire could have killed their children.

The fire was attributed to an electrical short circuit, according to Mayor Demba Diop.

Interior Minister Antoine Diome announced that the authorities would open an investigation into the state of the hospital facilities, as well as other medical care centers, Senegalese media reported.

“To their mothers and families, I express my deepest condolences,” Sall had tweeted upon hearing the news of the fire.

His chief of staff, Minister Augustin Tine, visited the remains of the hospital on Thursday.

“We have become close to people, particularly parents,” he said. “We have come to share the suffering, he added, “to share our condolences and to say again that it is a misfortune that has hit our country, but we keep our faith”.

The deadly fire comes a year after four newborns died in a fire at a hospital in Linguere, northern Senegal.

A series of other deaths have also raised concerns about maternal and child health in the West African nation known for having some of the best hospitals in the region.

Earlier this month, authorities discovered that a baby who had been declared dead by a nursing assistant was still alive in a morgue. The baby later died.

Last year, a pregnant woman died in Louga, in the north of the country, after waiting in vain for a caesarean section. Three midwives received six-month suspended sentences for failing to help a person in distress.

Health Minister Abdoulaye Diouf Sarr, who was attending the World Health Assembly in Geneva, cut his trip short to return to Senegal.