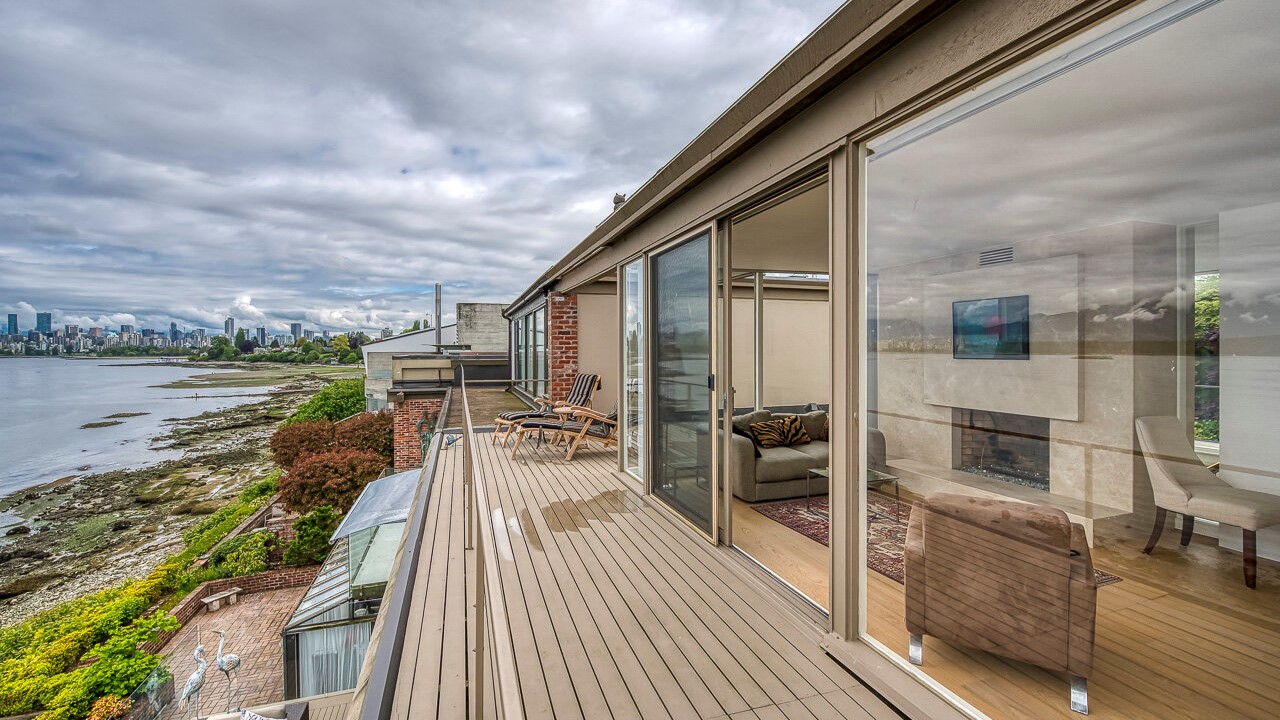 Would you pay nearly $14 million to share a wall with your neighbors?

For sale in one of Vancouver’s most expensive neighborhoods is one of the Point Gray Townhouses, designed by world-renowned Canadian architect Arthur Erickson, who is known for his style of bringing the outside in.

The realtors behind the $13.8 million listing were quick to point out that this particular house is not a row house in the traditional sense. Although the house “shares a wall” with its neighbor, Agent Shona Hurst says it is considered a single-family home rather than a row house.

Unlike a modern townhouse, the property is not stratified.

The townhouses, depending on who you ask, were built in the 1960s on six properties for five clients, “each with completely different tastes and requirements,” says the architect’s website.

The houses are all different, but they are meant to have a certain unity in their structure.

For sale by Hurst and Alix Brown of Alix & Shona: Dexter Associates Realty is the home at 3281 Point Gray Rd.

It’s right on the water and offers what Hurst and Brown call “amazing expansive views from every level.”

Its three levels occupy more than 3,000 square feet, with the private master suite occupying the top floor and decks on all sides except the west.

It has a “mature landscaped” courtyard, an attached garage and driveway to park up to five vehicles, and a fence around the side and front.

It has a total of three bathrooms and four bedrooms.

The house has been on the market for 58 days, according to the listing, and while it is priced high, that price is actually $1 million lower than what was asked for last year.

Hurst said the price was adjusted when the property came back on the market this spring. The new price reflects another sale.

While the house may seem large to condo owners and renters, realtors say they’re looking at downsizing to avoid the strata fees they might be subject to elsewhere.

When asked about the best features, Hurst said 32 feet of water frontage, as well as ocean and city views from every level, made the list.

And he mentioned the patio that can be enjoyed from all three levels, both inside and out, as was Erickson’s style.