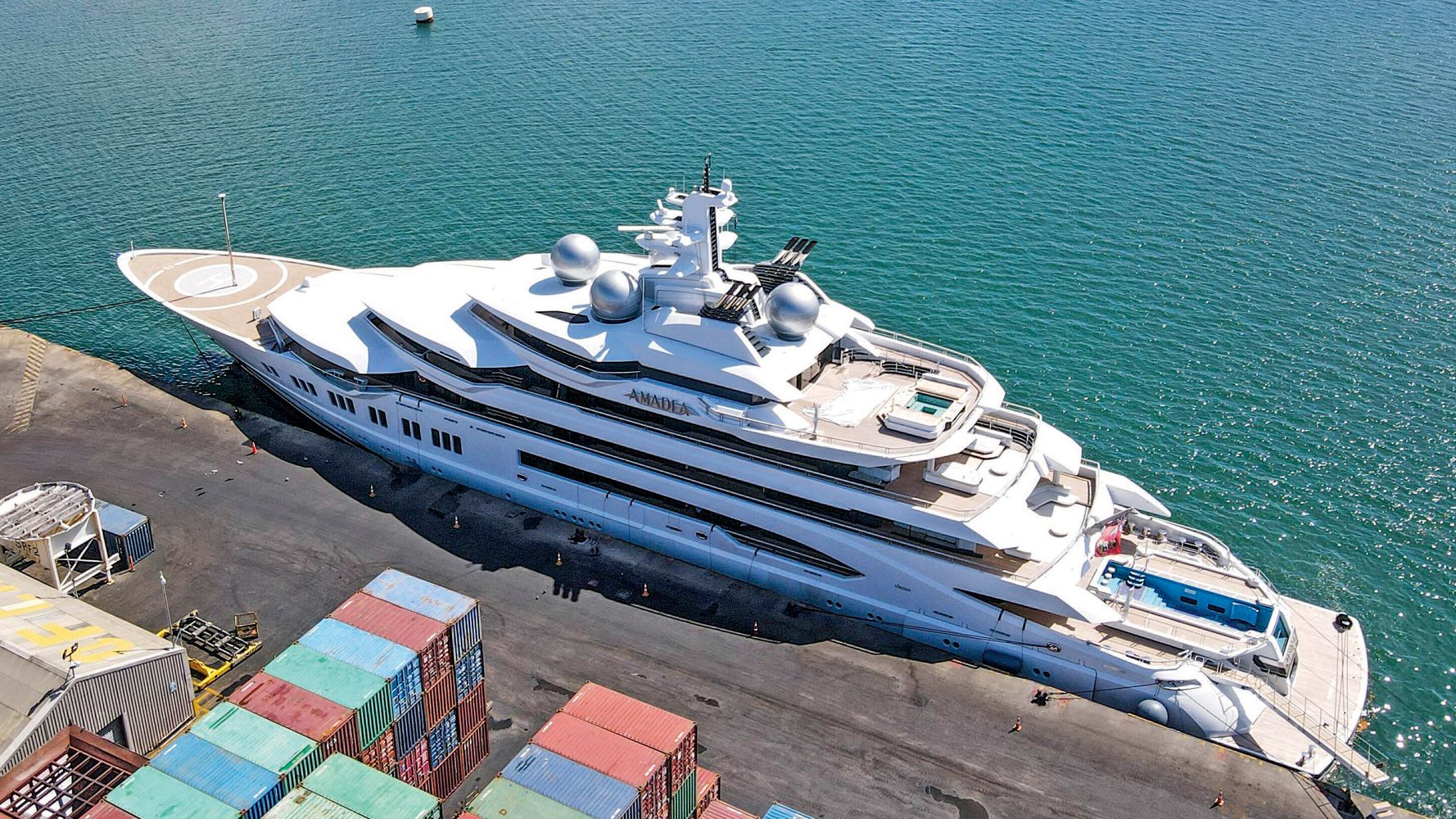 WASHINGTON (AP) — A superyacht that U.S. authorities say is owned by a Russian oligarch previously sanctioned for alleged money laundering has been seized by police in Fiji, the U.S. Justice Department announced Thursday.

Earlier in the week, a judge in Fiji allowed US authorities to seize the Amadea yacht, worth $325 million, but also temporarily stayed his order while defense attorneys challenged it.

The Justice Department said Fiji authorities, acting at the request of the United States, issued a search warrant to freeze the yacht, which had previously been prevented from leaving the South Pacific nation.

US officials say the 348-foot vessel belongs to Suleiman Kerimov, a Russian economist and former politician who was sanctioned by the US Treasury Department in 2018 and faced further censure from Canada, Europe, Britain and other nations. after Russia invaded Ukraine.

Kerimov made a fortune investing in Russian gold producer Polyus, and Forbes magazine put his net worth at $14.5 billion.

Defense lawyers claimed that the yacht actually belonged to another Russian oligarch.

In an application in support of the search warrant, an FBI agent wrote that there was probable cause to believe Kerimov had owned the Amadea since 2021. The Cayman-flagged ship had turned off its automated information system. on February 2. 24, the day Russia launched its invasion of Ukraine.

The Justice Department said the seizure was coordinated by its KleptoCapture task force, which was created in March to seize assets belonging to sanctioned Russian oligarchs.

In April, the Justice Department seized a 254-foot yacht in Spain owned by an oligarch, Viktor Vekselberg, with close ties to Russian President Vladimir Putin.

In a statement, Attorney General Merrick Garland said the latest seizure “should make it clear that there are no stash places for the assets of people who violate American law. And there is no hiding place for the assets of the criminals who enable the Russian regime.”

The Justice Department said the yacht is now in Lautoka, Fiji.