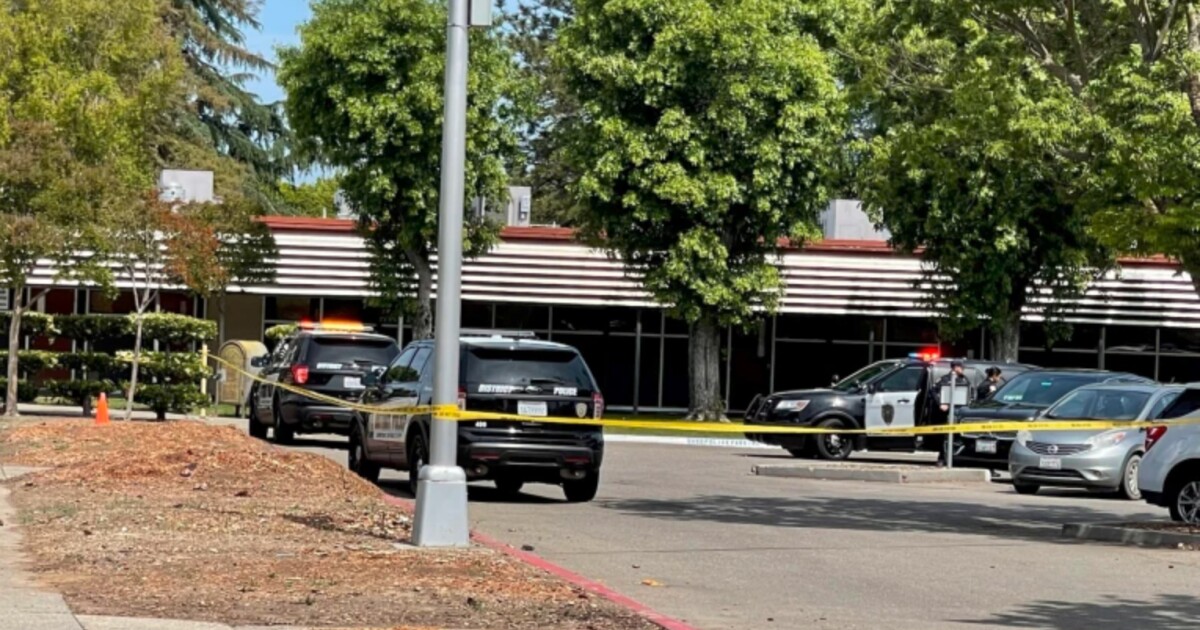 A female student died Monday after she was stabbed multiple times by an intruder at a Stockton high school, authorities said.

The suspect, described as a man in his 40s, was arrested at Amos Alonzo Stagg High School immediately after the attack, according to school officials. The school was on lockdown after the incident. The man walked into the school through a front entrance and was detained by campus police, said Stockton Unified School Supt. John Ramirez Jr. at an afternoon news conference.

“A trespasser entered in front of our school today and stabbed one of our students multiple times,” Ramirez said, his voice breaking. “Unfortunately, she did not make it.”

Ramirez said the suspect entered through an unlocked gate at the front of the school and stabbed the student. Several school staff members were near the gate when the stabbing occurred, including a district police officer.

The Stockton Police Department has taken over the investigation, Ramirez said. It’s unclear if the suspect knew the student.

“We want to offer from all of our Stockton Unified Staff prayers to the family,” Ramirez said.

The motive for the attack is not known, the Stockton Unified School District said in a statement posted to Instagram.

“A trespasser approached campus and stabbed a student. The suspect is in custody and the victim has been transported to the hospital,” the district said in its statement.

This is a developing story.