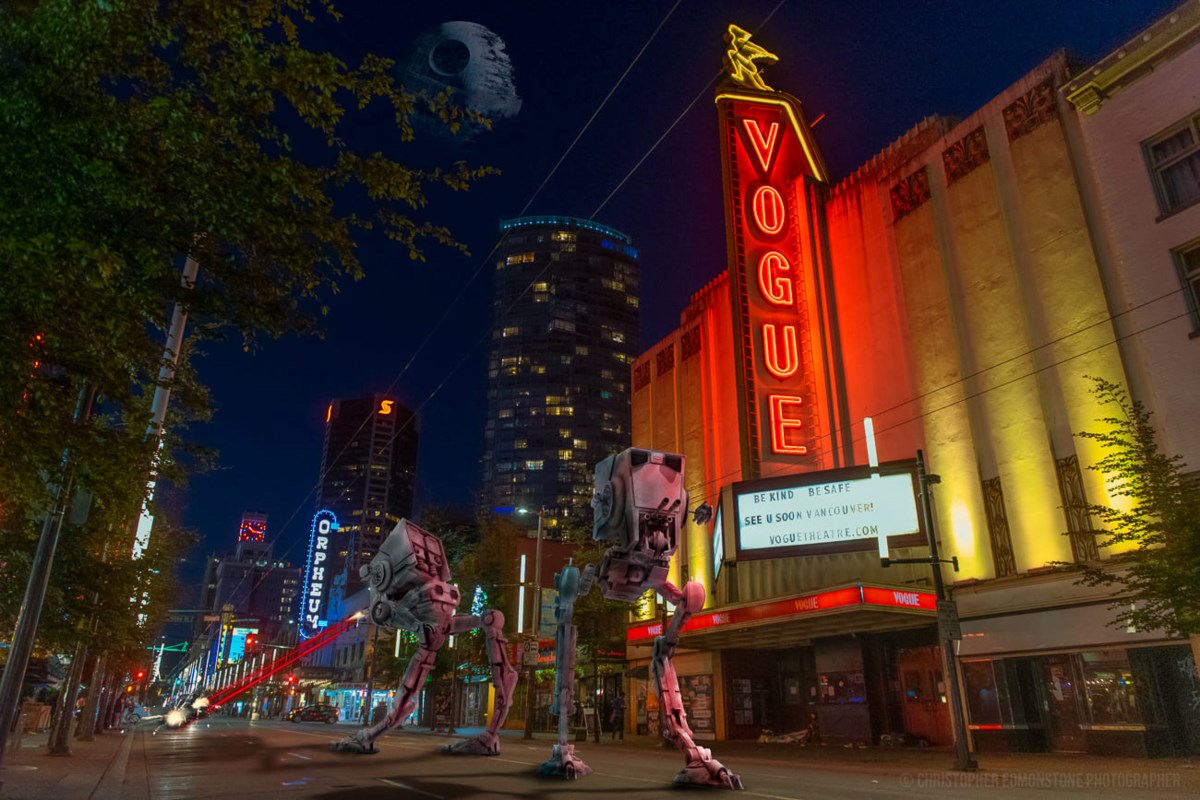 In the pictures it looks like the city has fallen to the Galactic Empire, but can they afford to move here?

During the pandemic, people have found many different ways to stay busy.

For concert photographer Christopher Edmonstone, there were a few projects he got started on, including bringing the events of long ago in a galaxy far, far away to Vancouver’s front door.

In other words, he brought Star Wars to the shores of Vancouver with a fun edition worthy of Revenge of the Fifth.

In some images, that is literally what happened, with AT-AT walkers strolling along the beach or other shoreline spots. There’s also a crashed X-wing, a pair of scouts wreaking havoc outside the Vogue Theatre, and a Star Destroyer unleashing TIE fighters at CRAB Park.

For Edmonstone, the pessimism of the pandemic and the news at the time inspired him.

“Essentially, with the seemingly endless barrage of worrying news going on to this day, I was trying to inject a bit of humor by posing what the next crisis would be. I thought the arrival of the Imperial Forces would be a good fit,” he says.