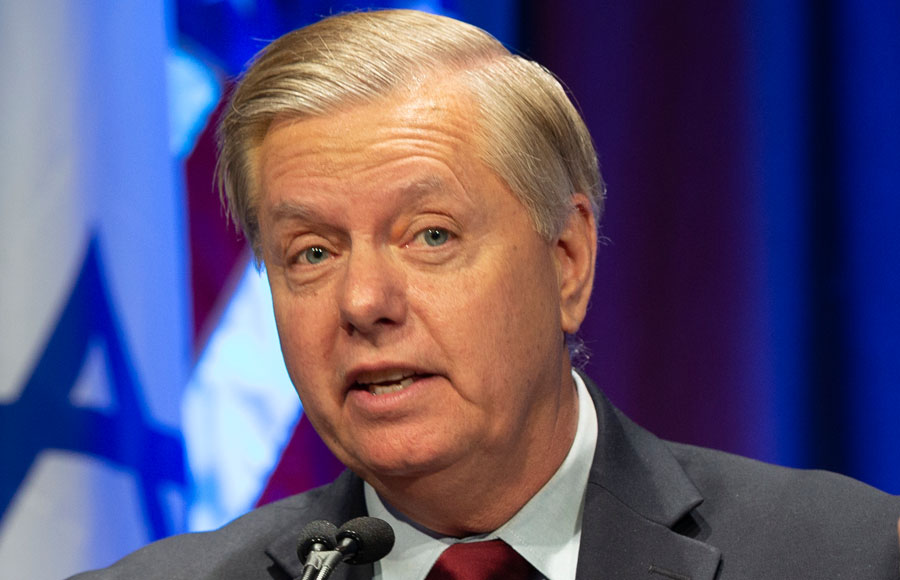 Senator Lindsey Graham (R-SC) on Thursday urged Russian citizens to assassinate their President, Vladimir Putin, saying that it’s the “only way this ends” in regards to the country’s unprovoked invasion of Ukraine; Despite backlash, Graham doubled down on his comments from him on Friday, again calling on Russians to rise up and take [Putin] down.”

While being interviewed on Fox News’ “Hannity” Thursday evening, Graham alluded to the Roman politician that had assassinated Julius Caesar, and a German officer that had attempted to kill Adolf Hitler.

Graham also repeated the “Hannity” comments in tweets. he said,

“The only people who can fix this are the Russian people” and urged them to “step up to the plate” or else live the rest of their lives “isolated from the rest of the world.”

The South Carolina Senator later that evening repeated his comments on his official Twitter feed; his urging for Russians to kill their President drew criticism from both Democrats and Republicans, who argued that he could provoke Putin and end up dragging the United States into World War III.

However, Graham staunchly stood by what he said on Friday while being interviewed on “Fox & Friends,” saying that the Russians need to rise up and take [Putin] down.”

He also responded to Antonov, accusing him of supporting a “criminal war” such as Putin and saying that Russian military officials and soldiers should be tried for war crimes committed in Ukraine.