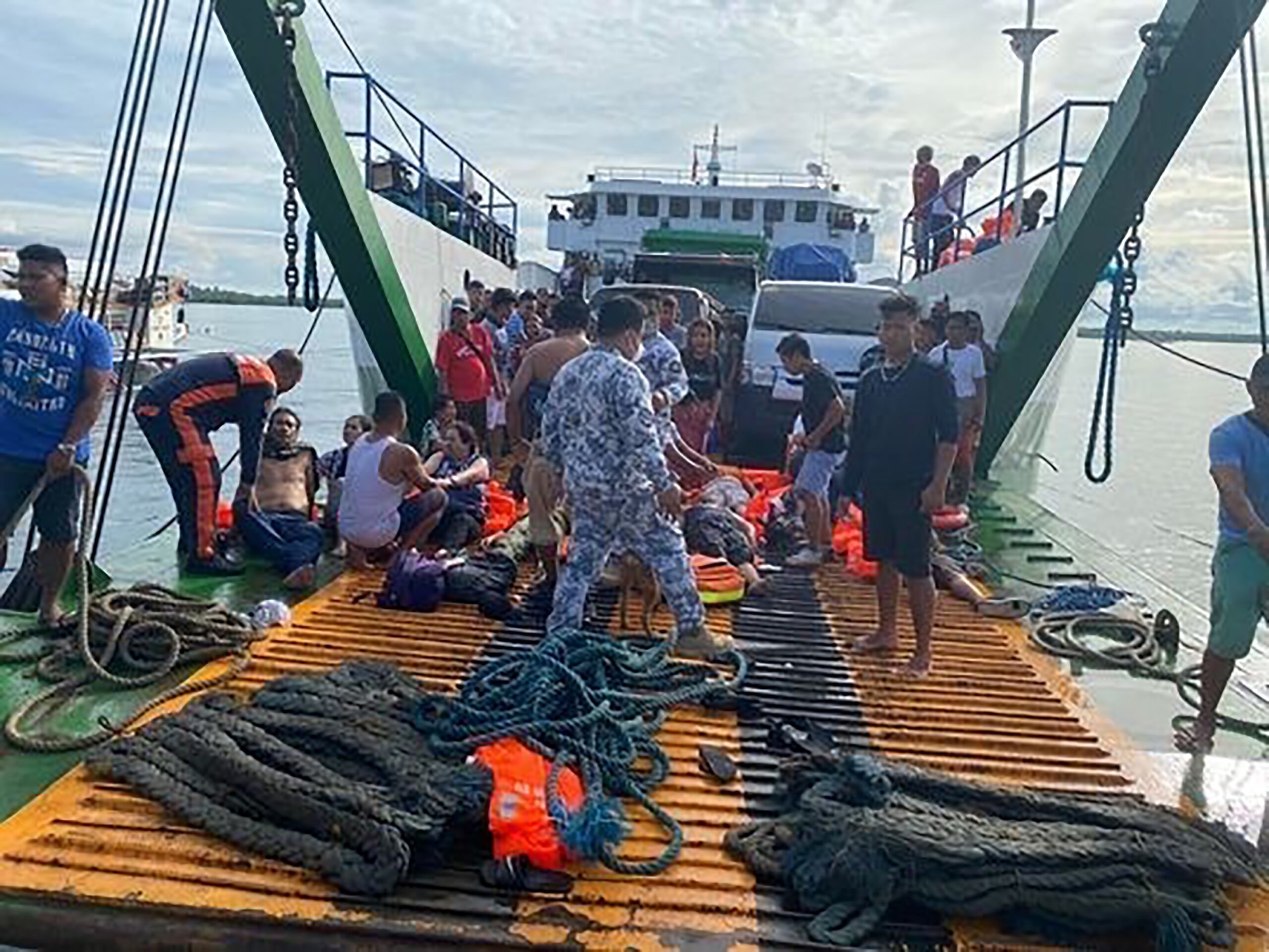 MANILA, Philippines (AP) — A ferry carrying more than 130 people caught fire Monday as it approached a province in the northeastern Philippines,…

MANILA, Philippines (AP) — A ferry carrying more than 130 people caught fire Monday as it approached a province in the northeastern Philippines, killing at least seven people and rescuing most of the passengers and crew, the agency said. Coast Guard.

At least four people were still missing after fire engulfed the M/V Mercraft 2 as it approached a seaport in Real city in Quezon province from Polillio Island.

Many of the 134 passengers and crew were forced to jump into the water, coast guard officials said.

The survivors were rescued by boats in the area, they said.

The fire apparently started in the engine room, officials said. The wreckage has been towed to shore at Real.

Images released by the coast guard showed fire engulfing the ferry and dark smoke rising from it. Injured survivors on stretchers were carried to ambulance vans as a rescuer tried to revive an unconscious survivor by pressing on his chest.