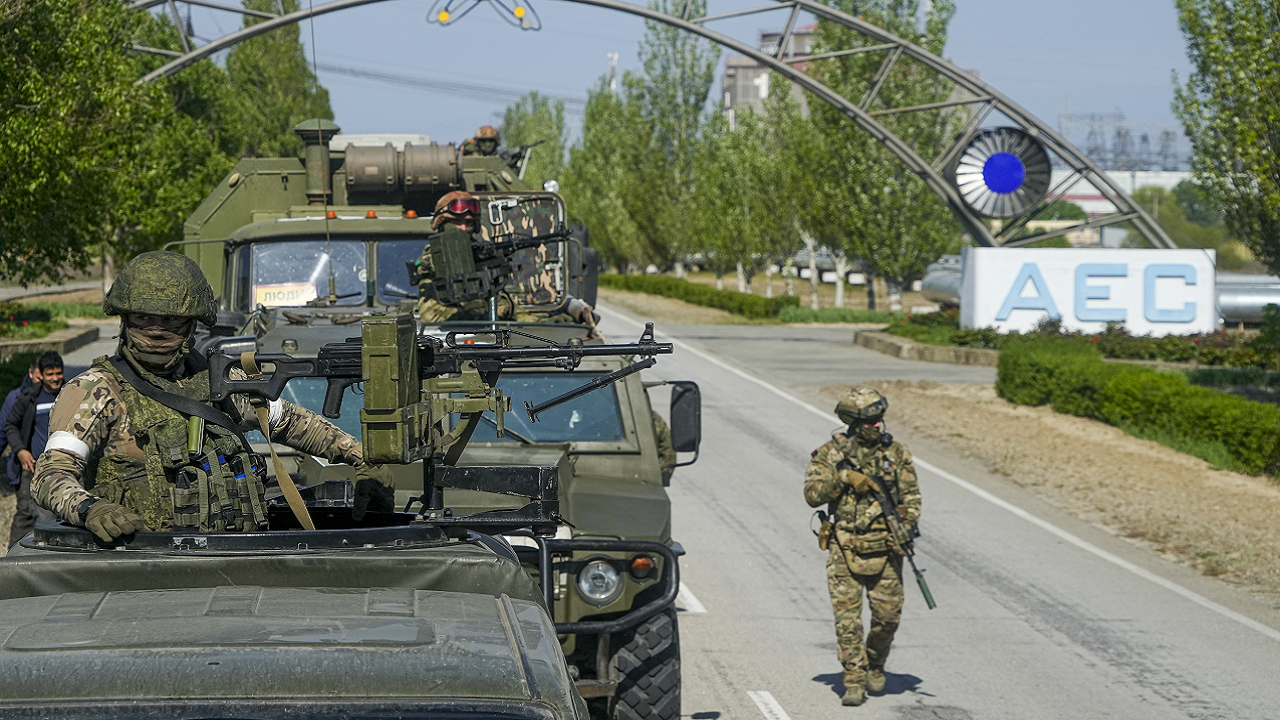 Russia has likely lost a third of its ground combat forces in Ukraine and the forces that remain are exhausted and have been unable to make any territorial progress in recent weeks, British intelligence officials said early Sunday.

Russia “has now probably suffered losses of a third of the ground combat force it committed in February,” the UK Ministry of Defense said in an update.

“Russia’s Donbas offensive has lost momentum and has been significantly delayed,” the report continues. “Despite initial small-scale gains, Russia has failed to make any substantial territorial gains over the past month while maintaining consistently high levels of attrition.”

A Russian military convoy is on the way to the Zaporizhzhia nuclear power plant in southeastern Ukraine on Sunday, May 1.
(AP)

The UK government also said these losses “almost certainly” will worsen as tactical and support teams are depleted.

“These delays will almost certainly be exacerbated by the loss of critical enablers such as bridging teams and intelligence, surveillance and reconnaissance drones,” the UK government said. “Russian bridging equipment has been in short supply throughout the conflict, slowing down and restricting offensive maneuvers.”

Other vehicles allegedly destroyed by the Ukrainian army in the area.
(Ukrainian Defense Ministry)

The UK Ministry of Defense predicted that Russian forces would not return to the initial successes they saw unless these conditions change substantially.

“Under current conditions, Russia is unlikely to drastically accelerate its rate of advance in the next 30 days.”

Russia initially invaded Ukraine on February 24, and experts predicted that Ukrainian troops would be forced to surrender within weeks.

Instead, Ukrainian forces have fended off the aggressors and a wave of international support has helped the smaller country stay in the fight.