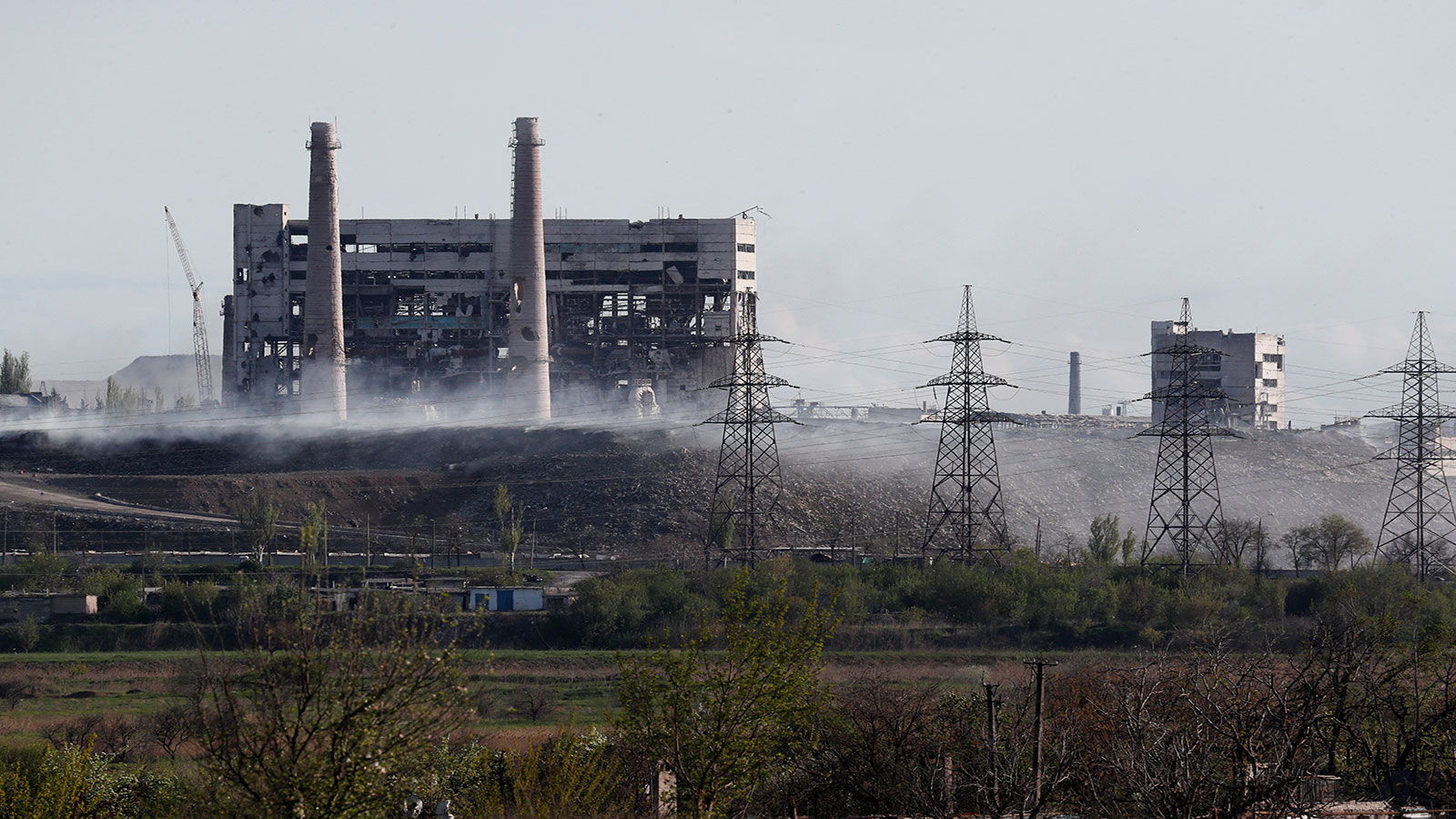 Russian soldiers began clearing mines and debris from the grounds of the Azovstal steel plant in Mariupol on Sunday after hundreds of Ukrainian soldiers who had been sheltering for weeks at the sprawling plant were ordered to withdraw.

Video footage showed soldiers entering the compound and using mine detectors on debris-strewn paths, while others searched for explosive devices.

A Russian soldier named Babai said: “The task is huge. The enemy has planted its own landmines and we have also planted antipersonnel mines while repelling the enemy. So we have about two weeks of work.”

Russia said on Friday that the last Ukrainian fighters defending Azovstal had surrendered. Ukraine has not confirmed this news, but a commander of one of the factory units said in a video clip that the withdrawal of troops had been ordered.

The fighters hidden in the tunnels surrendered to Russian and pro-Russian forces.

Sunday’s operation in Azovstal saw the detonation of controlled mines and the removal of rubble from the factory using military bulldozers.

Drone footage showed the factory buildings in ruins, many charred, many partially collapsed, some just a heap of rubble.

“During the last two days, more than 100 explosive devices have been destroyed. The work continues,” the Russian soldier said.

Full control of Mariupol gives Russia control of a land route linking Crimea, which Moscow seized in 2014, with mainland Russia and parts of eastern Ukraine held by pro-Russian separatists.

Moscow describes its actions in Ukraine as a “special military operation” to disarm Ukraine and protect it from fascists. Ukraine and the West say the accusations about the outbreak are unfounded and that the war is an unjustified act of aggression.