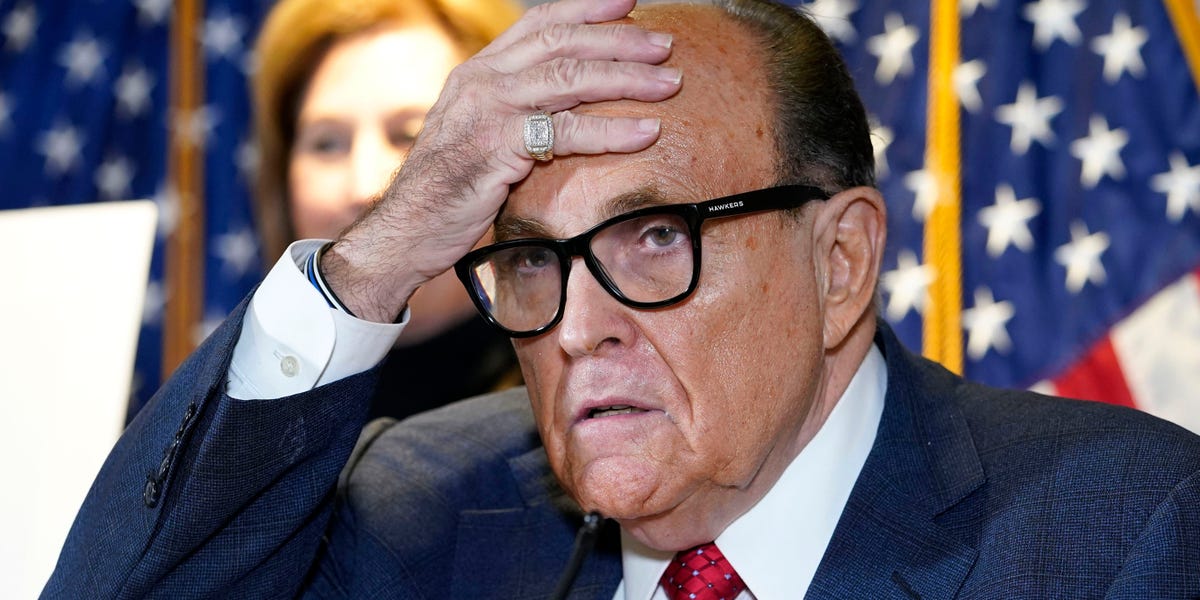 Trump’s former lawyer, Rudy Giuliani, has walked out of a scheduled Jan. 6 meeting with the committee investigating the Capitol unrest after the panel rejected his request to record the proceedings.

Giuliani’s attorney, Robert Costello, told CNN that Giuliani was scheduled to attend a virtual interview on Friday and that the panel had denied his request to make an audio and video recording of the session.

Costello added that both sides continued to communicate even after the meeting was cancelled.

Tim Mulvey, representative of the January 6 committee, said in a statement Thursday that Giuliani’s request to record the interview was never part of the deal.

“Mr. Giuliani had agreed to participate in a transcribed interview with the Select Committee. Today, he informed committee investigators that he would not appear unless he was allowed to record the interview, which was never an agreed-upon condition,” it said. Mulvey.

He added that Giuliani is an “important witness to the conspiracy to overthrow the government” and continues to be subpoenaed by the panel.

“If he refuses to comply, the committee will consider all enforcement options,” Mulvey said.

Giuliani was subpoenaed by the panel in January, along with three other Trump-allied lawyers: Sidney Powell, Jenna Ellis and Boris Epshteyn. At the time, Bennie Thompson, chairman of the bipartisan House panel, said Giuliani had “actively promoted claims of voter fraud” on behalf of Trump.

Giuliani had also previously tried to work out a deal with the panel in which he would appear for an interview and provide information.

According to The Guardian, a source close to Giuliani said the former New York mayor was keen to record the interview to ensure he would not be at risk of perjury if a separate investigation were carried out later.

Whether Giuliani will face contempt of Congress charges remains to be seen. Other Trump allies, including strategist Steve Bannon and former chief of staff Mark Meadows, have been held in contempt for failing to cooperate with the Jan. 6 committee.

The panel has been working its way through Trump’s inner circle. The panel recently interviewed the former president’s son, Donald Trump Jr. Other members of the Trump family, including Ivanka Trump and her husband Jared Kushner, have also had lengthy interviews with the committee.