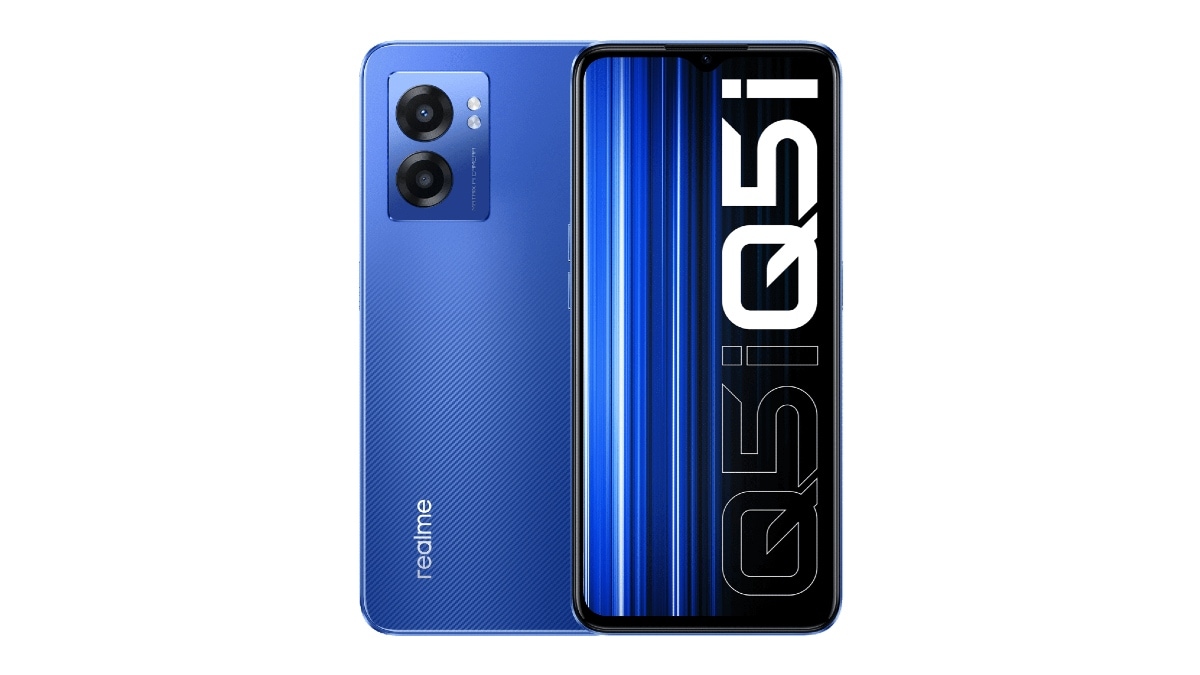 Realme has released the Realme Q5i smartphone in China, which is part of the new Q5 lineup. This new series also features the vanilla Realme Q5 and the Realme Q5 Pro which are set to release during the April 20 launch event. The new Q5i handset is powered by a MediaTek Dimensity 810 SoC which can support dual-5G connections simultaneously. It features a long-lasting 5,000mAh that is said to offer up to 34 days of standby time. The battery also supports 33W fast charging.

As mentioned earlier, it is powered by a 5G-enabled MediaTek Dimensity 810 SoC. The Realme Q5i has a 6.58-inch full-HD+ (2,400×1,080 pixels) display with a 90Hz refresh rate, 600 nits of brightness, and 180Hz sampling rate. There is a waterdrop-style notch in the front for the selfie camera. It also sports a 13-megapixel dual rear camera setup that includes features like improved night mode, AI ID photography, and portrait mode. Its 5,000mAh battery supports 33W fast charging and is claimed to offer up to 95 hours of uninterrupted music playback.

The Realme Q5i has an 8.1mm ultra-thin body with a kevlar fiber textured design. It runs on Android 12-based Realme UI 3.0. The handset is equipped with Hi-Res certified dual speakers. There is a fast side-mounted fingerprint sensor for instantly unlocking the smartphone. Its dynamic RAM expansion feature provides up to 5GB of added memory for boosting the handset’s performance.

Siddhant Chandra is a Consultant Sub Editor at Gadgets 360. This is his first foray into the tech space, having made the switch from travel. He holds a keen interest in keeping up with the latest hardware and software developments in the gaming industry. After work, you can mostly find him playing CS: GO with his buds from him, where he has clocked over 3K hours. You can reach him at siddhantc@ndtv.com. More