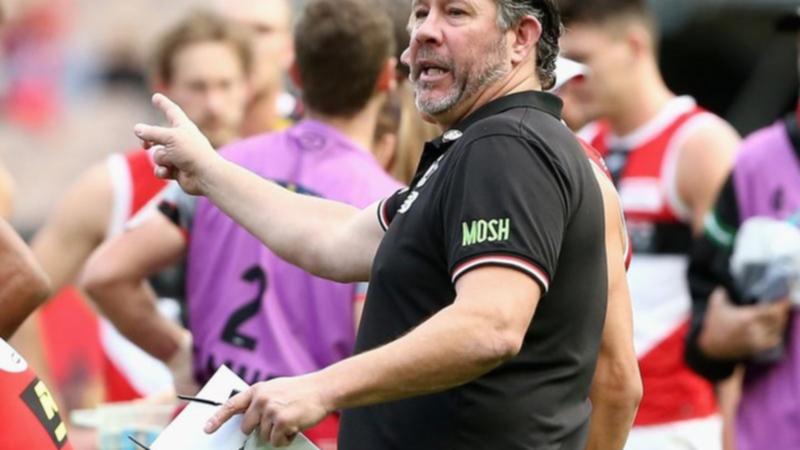 St Kilda manager Brett Ratten says he is “very relaxed” about his future at the AFL club amid ongoing contract talks between the two sides.

Leon Cameron’s departure from GWS was the first domino to fall this year in a move that could set the coaching merry-go-round in motion.

The clubs are keeping an eye on the training of the great Alastair Clarkson, who is open to returning to the race in 2023.

But Ratten, now in his fourth season at St Kilda, appears to be in a strong position to extend his tenure after an impressive 7-3 start to the campaign.

He has the Saints fifth on the ladder as they prepare for Sunday’s clash with North Melbourne.

“I’m hoping to stay there, but we’ll figure it out,” Ratten told Fox Footy on Monday night.

“But we’re just chatting right now and reviewing that.”

Ratten entered the final year of his existing contract under heavy pressure to lead the Saints back to the Finals after a disappointing 2021 campaign.

Club chairman Andrew Bassat added unnecessary expectation with his bold call during a rough patch last year that 2022 is when his premiership window would open.

The response so far has been positive.

Ratten, who took feedback during a club-wide mid-season review last year and adapted his approach, is comfortable in his position.

Meanwhile, Ratten is laying the foundations that he hopes will finally deliver St Kilda’s first premiership since 1966.

“What we’re trying to build is a team that works for each other and the environment is just as important as what happens on the field,” Ratten said.

“Trying to create that is really important and we have really good people in our football club.

“It’s not just the coach, it’s the people around you who do it too.”