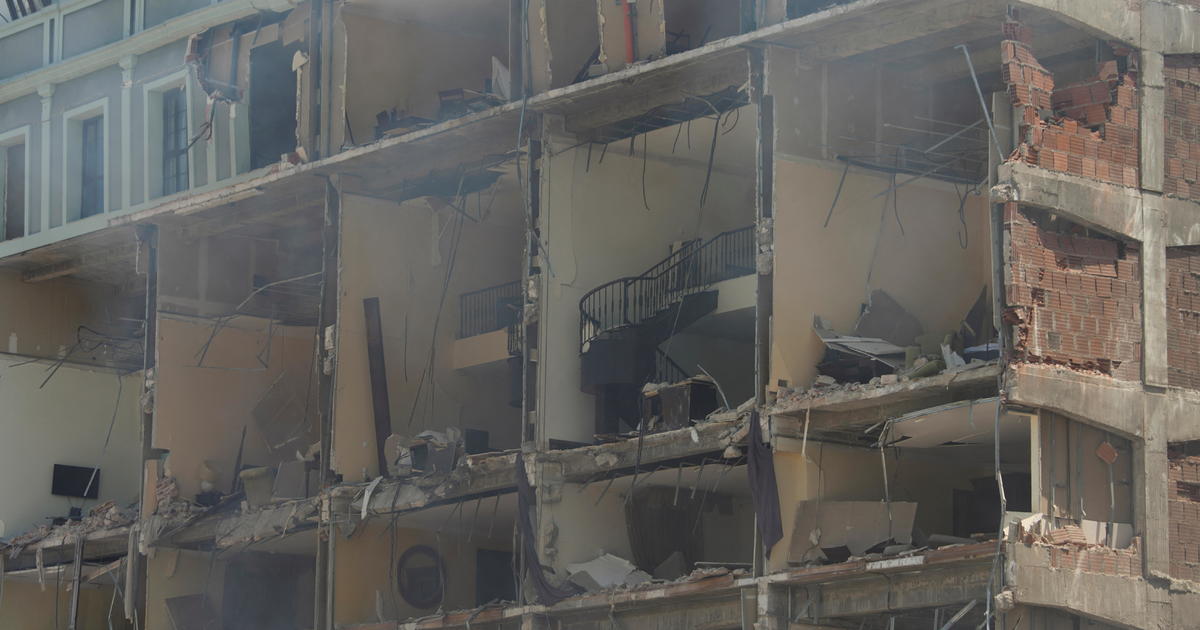 A powerful explosion apparently caused by a natural gas leak on Friday killed eight people and injured at least 40 when it blew through the exterior walls of a five-star hotel in the heart of Cuba’s capital.

There were no tourists staying at the 96-room Hotel Saratoga because it was undergoing renovations, Havana Governor Reinaldo García Zapata told the Communist Party newspaper Granma.

“It was not a bomb or an attack. It is a tragic accident,” President Miguel Díaz-Canel, who visited the site, said in a tweet. The explosion occurred as Cuba struggles to revive its key tourism sector that has been devastated by the coronavirus pandemic and is negatively affected by the war in Ukraine.

Cuban Health Minister José Ángel Portal told The Associated Press that hospitals had received some 40 injured people, but he estimated the number could rise as the search continues for people who may be trapped in the rubble of the 19th century structure in the city’s Old Havana neighborhood.

Granma reported that local officials said 13 people were missing. A primary school next to the hotel was evacuated and local media said no children were injured.

A witness told the Reuters news agency that smoke and flames were seen coming from the building. A photo from the scene showed what appeared to be at least one body with a white cloth over it, Reuters reported.

Police cordoned off the area as firefighters and rescuers worked inside the remains of the hotel, which is about 110 yards from Cuba’s Capitol building. The hotel has been frequently used by VIP visitors and political figures.

Yazira de la Caridad said the explosion shook her house a block from the hotel: “The whole building moved. I thought it was an earthquake.”

“I still have my heart in my hand,” he said.

Mayiee Pérez said she ran to the hotel after receiving a call from her husband, Daniel Serra, who works at a money exchange house inside the hotel.

She said he told her, “I’m fine, I’m fine. They took us out.” But she was unable to communicate with him after that.

Reuters reported that the hotel had been scheduled for a post-pandemic reopening in four days, according to its Facebook page.

“Our solidarity with the victims and affected, as well as with the people of that beloved brother town,” said the the minister tweeted.

AFP contributed to this report.