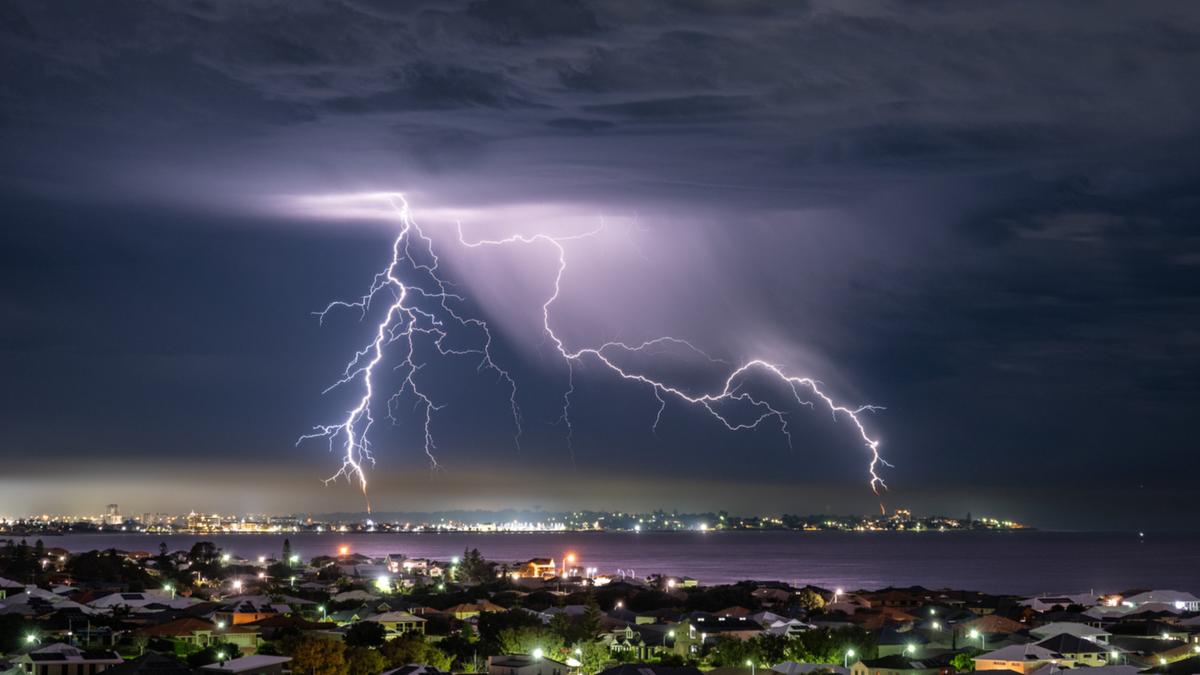 Perth has woken up to heavy rain, thunder and lightning across the metropolitan area, with warnings of massive wind gusts wreaking havoc.

The Weather Bureau has issued a severe storm warning covering north Geraldton and the south coast and eastern Goldfields.

It means that the affected areas include Perth, Bunbury, Katanning, Mt Barker and Albany.

Weather Bureau Service Meteorologist Joey Rawson said there would be showers throughout the day, but the main problem would be massive winds of up to 125 km/h.

Wind gusts of that magnitude only occur about five times a year.

“There’s a pretty intense low pressure moving along the south coast,” he told The West Live.

“What that means for Perth and the surrounding areas is showers and thunderstorms.

“And it’s going to be quite windy, especially this afternoon and through the night.

“We could have winds of more than 100 km/h during the afternoon and during the night.

“It’s already quite windy, but certainly those winds will increase. We have a windy afternoon and evening ahead of us.”

Rawson said the strength of the cold front was “right there.”

“As far as the strength of low pressure systems or cold fronts, this is up there,” he said.

“We are seeing around 30mm to 60mm of rain in the metropolitan area and when the rains come, they will be quite heavy.”

Rawson said there was a possibility of flash flooding.

The bureau warned of flash flooding in places south of Jurien Bay, stretching from the coast to the Darling Scarp.

Heavy rainfall is expected, with 50mm to 70mm possible.

Rawson said he hoped the storm would have passed sometime Tuesday.

Motorists have been warned to take special care on the roads, as rain and wind create dangerous conditions.

It comes after a layer of what at first glance looks like snow blanketed the main street of a small Wheatbelt town as severe storms hit Perth and the South West.

Kulin police tweeted a photo of the small farming town’s main street, with the road outside the post office covered in crushed hail.

The hail storm was so strong that it seemed as if snow had fallen on the city.

Kulin, which is a three-hour drive from Perth and is home to more than 300 people, is generally known for its “tin horse road” and the Kulin Bush races.