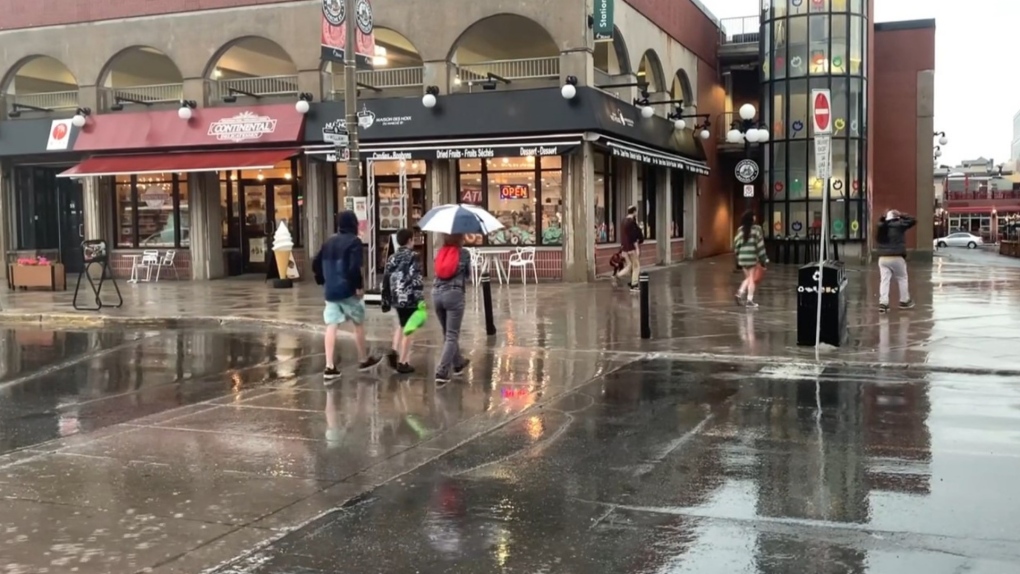 Severe storm warnings are in effect for Ottawa and parts of eastern Ontario as a powerful storm moves through the province.

Environment Canada says conditions are favorable for the development of severe storms that could produce high winds, hail and the possibility of a tornado in the Ottawa region.

There are severe storm warnings throughout the region.

“This is a dangerous and life-threatening situation. Extremely strong and widespread wind gusts can destroy buildings with tornado-like damage, flatten large stands of trees, and blow vehicles off the road,” the warnings say.

A woman in Brampton, Ont. she died after being hit by a tree during the storm.

Weather radar shows a storm with heavy rain moving northeast from Michigan and into southern Ontario, passing through London, Kitchener-Waterloo and Toronto. As of 3 pm, the storm was over the Belleville and Bancroft areas.

The weather forecast for Ottawa includes a 60 percent chance of afternoon showers with a risk of a thunderstorm. Ottawa reached its forecast high of 27 C at 11 a.m., with a humidex of 35. At 2 p.m., the temperature reached 30 C with a humidex of 38.

The temperature is expected to drop to around 24 C in the afternoon. Overnight clouds bring a chance of showers and the risk of a thunderstorm with a low of 14 C.

Sunday’s forecast is cloudy with a maximum of 18 C and a chance of showers in the afternoon.

The forecast for Victoria Day on Monday is partly sunny with a high of 18C.