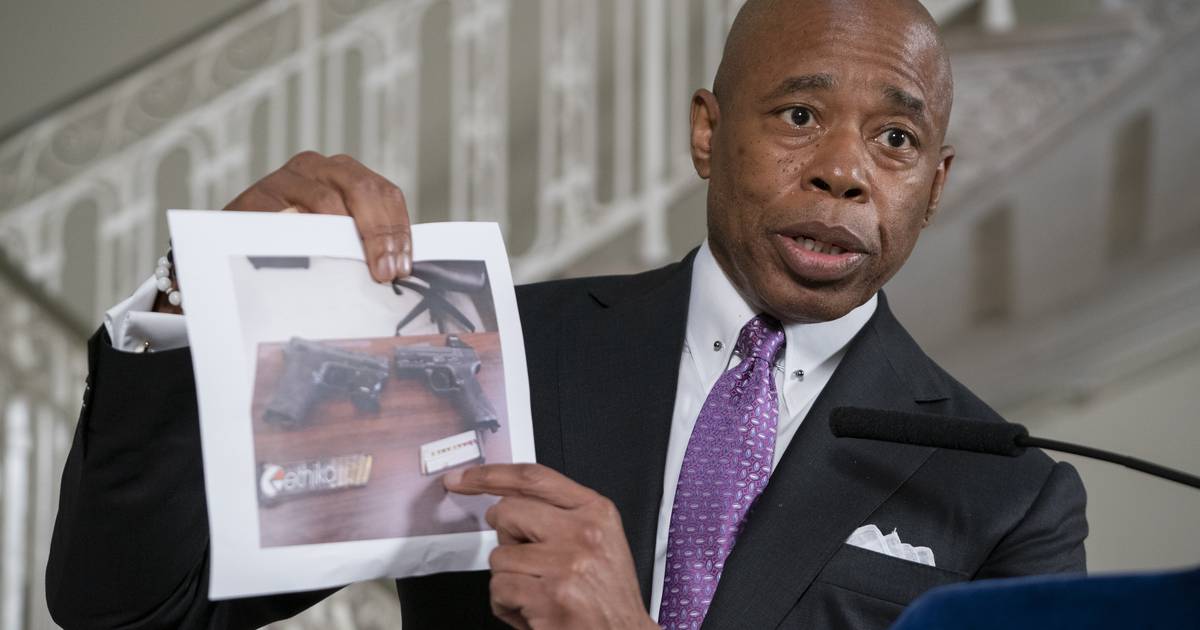 Mayor Adams is in talks with state officials about installing weapons “scanners” at the Port Authority bus terminal in the wake of this weekend’s horrific subway shooting.

Adams told reporters at a news conference Monday that sweeping Midtown Manhattan’s bus terminal for guns could help prevent shootings before they happen.

“We are now trying to negotiate with the Port Authority to allow us to put scanners in the bus terminal because a lot of these weapons are coming from the south into our city, so we have to stop the flow of these weapons,” Adams said. .

Adams did not elaborate on what kind of “scanners” he would like to see at the Port Authority, but for weeks he advocated installing weapons-detection technology in the subway system that is similar to airport-style security checkpoints.

“We are actively collaborating with city and state law enforcement partners and will continue to explore all appropriate technologies that can improve the safety of the traveling public,” Greene said.

Adams’ push for a Port Authority crackdown comes after Daniel Enriquez, a 48-year-old Goldman Sachs analyst, was fatally shot while sitting in the last car of a Manhattan-bound Q train as he headed for lunch on Sunday morning. The shooting was completely unprovoked, according to police officials, and the gunman remained at large Monday afternoon.

“It’s the worst nightmare,” Adams said. “I use the subway a lot. I’m in the system a lot, and it’s unimaginable. You’re sitting down, going to lunch, going to visit a relative, a person walks up to you and shoots at you for no reason.”

The disturbing violence on the subway has increased political pressure on Adams, who last year made public safety the centerpiece of his campaign.

“I thank God that I am the mayor at this time, and not those who do not understand the urgency of this moment,” he said.