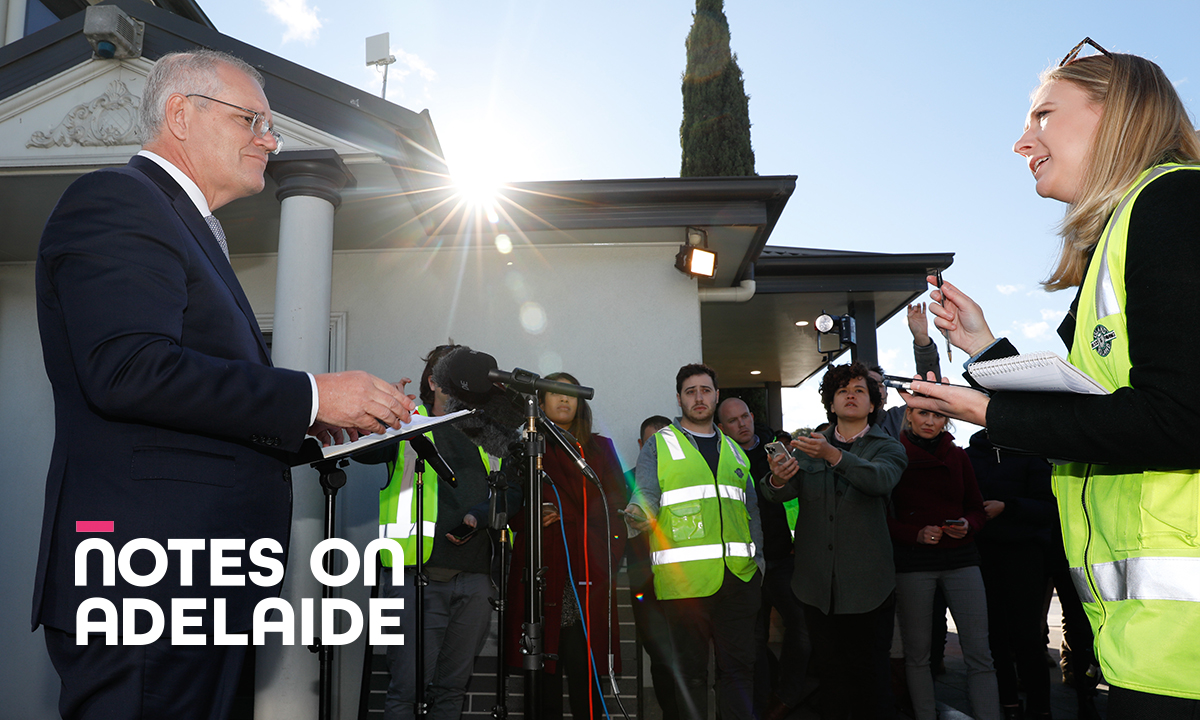 InDaily’s Stephanie Richards spent a week with then-Prime Minister Scott Morrison, touring the country as part of the media group that followed her every move as the poll approached.

The new daily James Robertson was part of the press contingent that accompanied opposition leader Anthony Albanese as he traveled the nation on his way to becoming Labor’s first prime minister since 2013.

In this week’s episode, InDaily’s Tom Richardson talks with Stephanie and James about their experiences and observations on the campaign trail and the media’s treatment of each candidate.

They describe a party-controlled environment where reporters start each day oblivious to that day’s movements, crammed into buses and planes for the latest news conference or photo shoot in marginal seats, sometimes not knowing where the plane landed until They check their phone.

They also discuss media agendas, competition and camaraderie amid the search for fresh news behind the leaders’ spin on the message with much to lose.

Notes on Adelaide is a weekly current affairs podcast powered by independent journalism from In the diaryCityMag and SALIFE, and produced by Solstice Podcasting.

New episodes are uploaded weekly. You can find the podcast at In the diary or on your favorite podcast app, including Apple Podcasts and Spotify.

Listen to our previous episodes here.