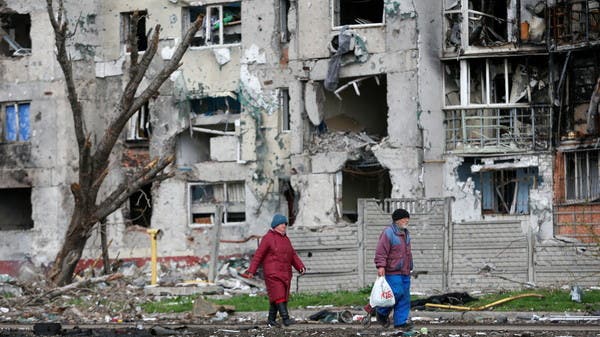 The Kremlin said on Friday there would be no Victory Day celebrations in Ukraine’s Mariupol, a strategic port city that Russian troops claimed control of last month.

Victory Day, celebrated annually on May 9, is a symbolic holiday in Russia marking the Soviet victory in World War II, accompanied by a large military parade in Moscow and smaller events in Russian cities.

“A time will come and there will be a big celebration there,” Kremlin spokesman Dmitry Peskov told reporters, adding that there were no plans for official visits on that day.

“There will certainly be Russians there, and there will be a lot of Russians on May 9, but I don’t know of any official delegation,” Peksov said.

Russian troops besieged Mariupol for several weeks and hundreds of people are believed to have died in the southeastern Ukrainian city left without access to food, water or electricity.

Some Ukrainian soldiers and civilians remain holed up in the city’s massive Azovstal steel plant, taking refuge in a network of Soviet-era underground tunnels.

The Russian military had announced a three-day ceasefire at the steel mill starting Thursday to allow civilians to leave, but a Ukrainian commander said Moscow forces had violated that promise.

About 25 million tons of grains were trapped in Ukraine, says the UN food agency