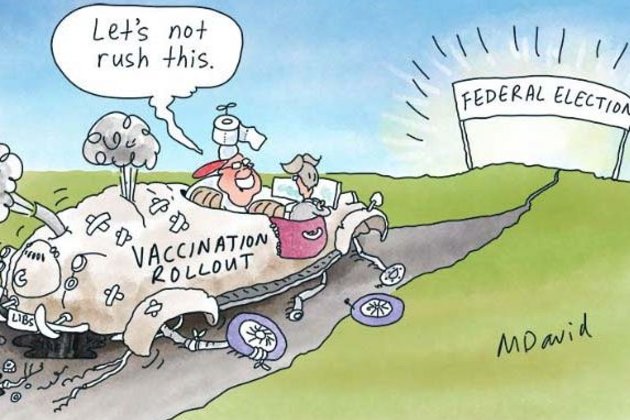 Recently, there has been considerable comment from politicians and others that Australia has done well in handling the COVID-19 pandemic.

For example, MP Josh Frydenberg said in a statement:

Sweden is an interesting comparison. We had substantial bans, while Sweden had none. (In doing so, keep in mind that there are many differences between Australia and Sweden; their population density is lower, they are likely to meet government standards/recommendations, their air temperatures are lower than here, etc.).

Authoritarian leaders slaughter the response to COVID-19 and cause deaths

The World Health Organization (WHO) last week updated its report on excess deaths from COVID-19, highlighting an extraordinary correlation between deaths and authoritarian leaders.

A 2022 article in BMC Public Health found that the years of life lost (YLL) of those who died from COVID between January and August 2020 was 2.7 years (note that the average age at death is over 80 years). It would seem conservative to allocate 3 YLL for each person who died of COVID. Those 45,000 deaths, calculated in the previous paragraph, correspond to 135,000 YLL.

How significant is the loss of 135,000 YLL in the whole scheme of things? In two words, not much. According to 2018 figures from the Australian Institute of Health and Welfare, 68.2% of all annual YLLs are due to cancers and cardiovascular, neurological and respiratory diseases. Out of the total of 2,400 thousand YLL in a year, this is equal to 1,637 YLL.

This is the crux of the failure on the grounds that “Australia got it right”. Lockdowns, other government decisions and messages led to the suspension of screening for things like cancer and cardiovascular disease, and the deferral of non-urgent diagnostic work/intervention. Anyone who has died of cancer and the diseases mentioned above in the last two years and, say, in the next five years may have been or may be affected by these medical delays.

COVID-19 does not discriminate and to end the pandemic we cannot be complacent or lose the community spirit.

A cursory look at the research shows that the increase in YLL could be greater than 1%. For example, a study in the Lancet Oncology regarding England (which had substantial lockdowns as in Melbourne and Sydney) concluded that “substantial increases in the number of preventable cancer deaths are expected…”.

So far, we have only considered cancers and cardiovascular, neurological and respiratory diseases. Dying by suicide leads to significant years of life lost in the 15-24 and 25-44 age groups. We don’t yet know if the lockdowns will increase the suicide rate in the future.

There are also indirect routes to losing years of life. Lockdowns may have increased mental health problems and lowered educational outcomes. This is very concerning in its own right. But they can also lead to increased poverty, rates of incarceration and homelessness, and ultimately higher mortality.

With COVID cases now in the hundreds of thousands, something is missing from the narrative when it comes to addressing all the new variants coming in 2022.

It could be argued that without the closures, our hospitals would have been overwhelmed with COVID-19 cases and this, in turn, would lead to an increase in YLLs. In a decade or two, epidemiologists might have the answer. But what is clear is that “Australia got it right” is backed by nothing more than faulty logic and a marketing spin.

In Australia’s GDP of around $1.9 trillion, the extra 10.8 percentage points equates to $205 billion. And that $205 billion may increase this year, as the IMF forecasts that in 2022 our debt/GDP ratio will grow more than Sweden’s. The $205 billion must ultimately be paid, with interest. And that means less money for hospitals, roads or defense. Our governments have achieved current economic growth but at a future cost to us, our children and our grandchildren.

A true story, or a myth depending on who you believe, says that in 1972 Chinese Premier Zhou Enlai was asked about the impact of the French Revolution. “Too early to tell,” he replied. When people say that Australia has done well, it is also too early to tell.

Dr. Randell Heyman has degrees in Actuarial Studies and Pure Mathematics. He is currently a university academic focused on number theory research.