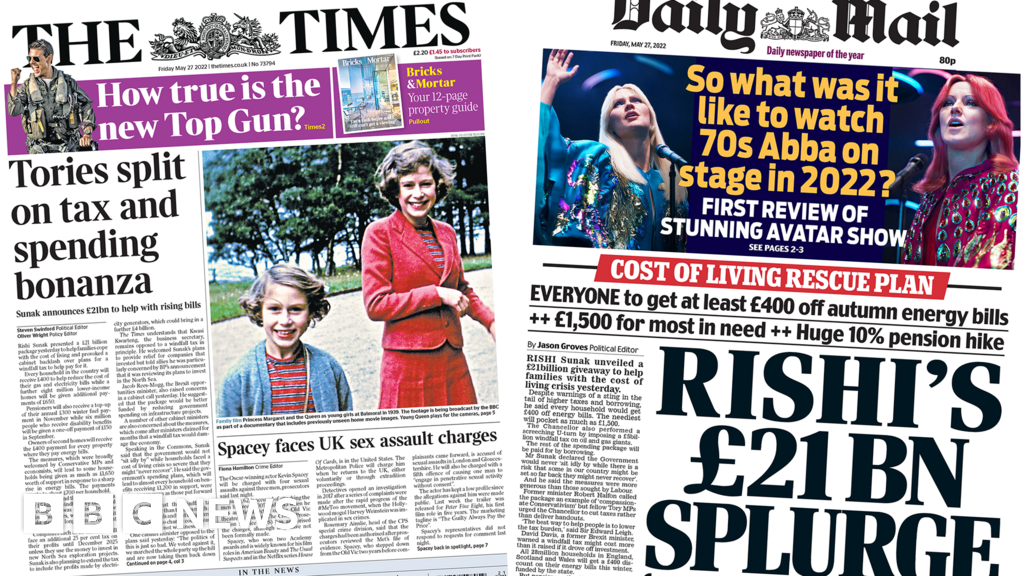 After revealing his support deal, the chancellor “bragged” that the Conservatives are now the “big spender” party compared to Labour, the Telegraph reports. He says Labour, who have been calling for a windfall profits tax for months, have claimed a “political victory”, but Sunak has insisted his plan will raise £5bn in tax revenue compared to £2bn. pounds sterling projected by the opposition. But not all Conservative MPs are happy with the chancellor’s intervention, with one describing it as throwing “red meat at the socialists”.