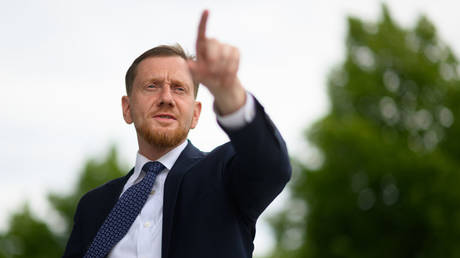 Record sales of wood-burning stoves have been recorded, amid a sharp increase in gas prices

Smog and particulate pollution will increase in the Netherlands this winter, public health authorities have warned. The increase is related to more households choosing to burn wood as gas prices soar.

Sales of wood and pellet stoves are up 30% since last summer, De Volkskrant reported on Sunday. Demand is now so high, the newspaper reported, that manufacturers are struggling to deliver enough such stoves. Meanwhile, firewood suppliers are already running out of stock, and getting more logs is a tough proposition as the Dutch forestry agency refuses to supply trees to the firewood industry.

With gas and electricity bills at record levels, the switch of some consumers to burning wood will have environmental consequences, the National Institute of Public Health (RIVM) has warned.

“The sale of wood is linked to consumption and in fact it is expected that this will not have a positive impact on air pollution,” a spokesman told De Volkskrant.

Although the institute is investigating what measures can be taken to reduce this risk of contamination, its powers are currently limited. It can warn households not to light fires on days when the risk of smog is high, but it can’t impose a ban.

Health experts called for a ban last month, telling parliament such a move would be necessary in winter, when more fires would increase the chances of smog. However, there is currently no other viable heat source to replace gas or solid fuel, although the RIVM is investigating heat pump technology, according to the newspaper.

The Netherlands is not the only European country where wood fires are making a comeback. Poland gave its citizens permission to stockpile wood for burning last month, while Latvians rushed to obtain firewood collection permits and Hungary ordered a halt to firewood exports. In the UK, the London Fire Brigade said in May that its officers had responded to 100 home fires in the previous months, started by people burning wood over open fires to keep warm.

While gasoline prices across Europe have risen steadily since the end of the coronavirus pandemic, the rise has accelerated considerably since Russia launched its military operation in Ukraine in February. The EU has begun phasing out Russian fuel imports in response, while Russian gas giant Gazprom has said sanctions are impeding its ability to deliver gas to the region.