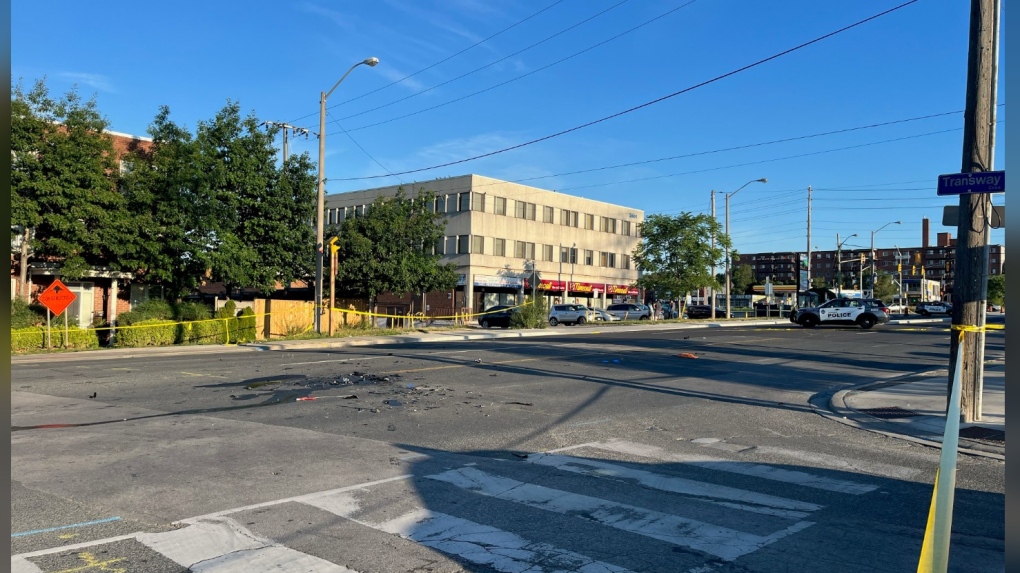 A man has died following a collision between a car and a motorcycle in Toronto’s east end early Sunday morning.

The crash occurred shortly after 1 a.m. in the Scarborough Junction area near Kennedy and Eglinton avenues.

According to Toronto police, the motorcyclist was thrown from his bike and left unconscious.

Paramedics took the victim to the hospital in an emergency rush. Her injuries were considered fatal, police said.

The driver, who police said was a man in his 30s, was pronounced dead at hospital.

The other driver remained at the scene.

Kennedy Road at Transway Crescent is closed while Traffic Services investigates. TTC services are also affected by this closure.