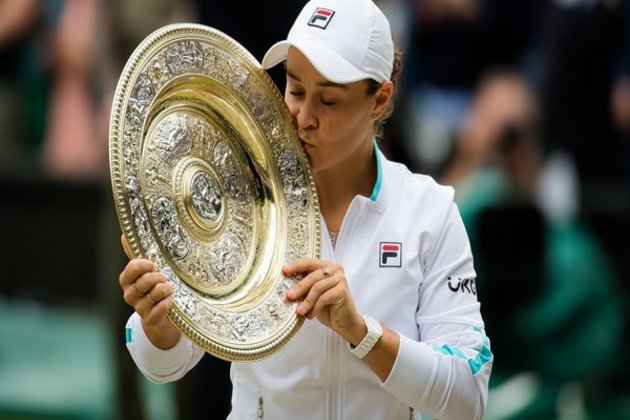 London [UK], May 27 (ANI): To modernize the tournament, Wimbledon will remove the titles “Miss” and “Lady” before the names of the female winners on its roll of honor to equalize the men’s board. The Sydney Morning Herald reported.

The All England Lawn Tennis Club has always used the women-only titles: Ash Barty, last year’s champion, was referred to as “Miss A. Barty”, while the men’s winner, Novak Djokovic, appeared on the board as “N .Djokovic.”

In 2019, the organizers dropped the use of honorifics when announcing scores in women’s matches, but the events continue to be referred to as “gents’ singles” and “ladies’ singles”.

The change will also end married women being identified by both their husband’s initials and last names.

The grass-court Major, which has been stripped of ranking points by the ATP and WTA for their decision to ban Russian and Belarusian players due to Moscow’s invasion of Ukraine, begins on June 27. (ANI)