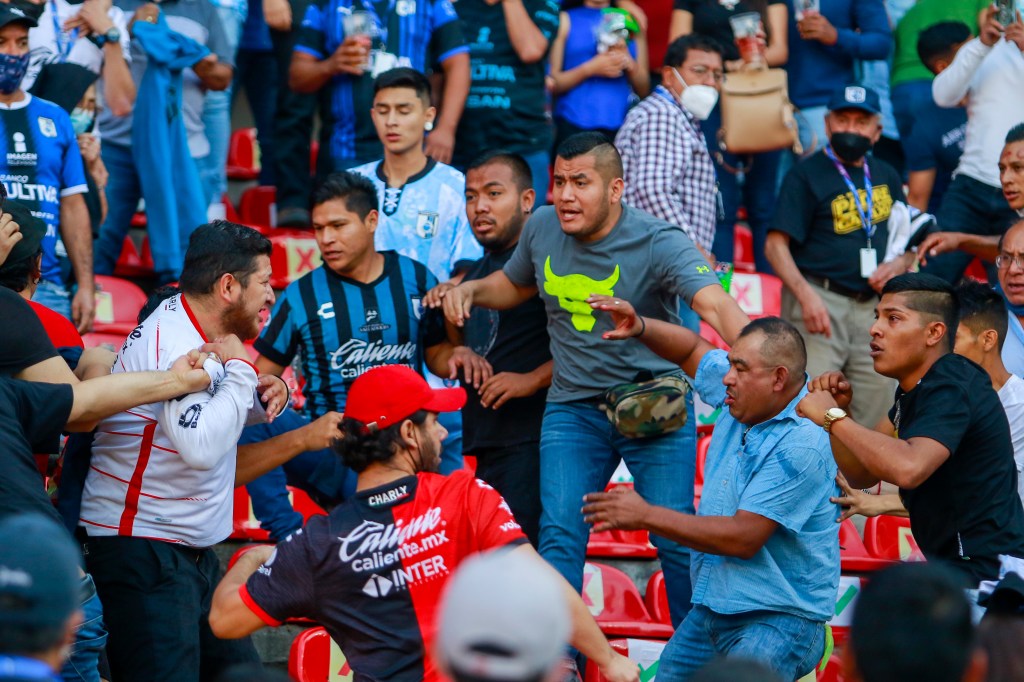 A Univision-broadcast game between two Mexican soccer teams became something much more serious this evening. The match was suspended in the 62nd minute as fights began to break out among the 30,000-plus attendees. The melee soon spread to the field as fans chased each other, some with weapons, and families fled the chaos. There were images of injured fans lying motionless among the combatants.

The Associated Press and New York Times cited the Queretaro state civil protection agency, which announced, “So far there is no report of deaths; 22 people injured, nine of them taken to the General Hospital and of these, two are critical. The rest are stable. It should be mentioned that all of those injured are male.”

There were other reports that up to 44 people may have been injured and that there were deaths, but nothing conclusive.

The match pitted defending Liga MX champion Atlas against Querétaro. Atlas was up 1-0 when fights broke out and caused the cancellation of the game.

This game in #Queretaro vs #atlas is the craziest soccer riot I’ve ever seen on live TV. #LigaMX Queretaro fans decided to boom rush the field and just beat up everyone wearing an atlas shirt in the whole stadium. Women and children fleeing in panic. pic.twitter.com/DDHlQSKuF9