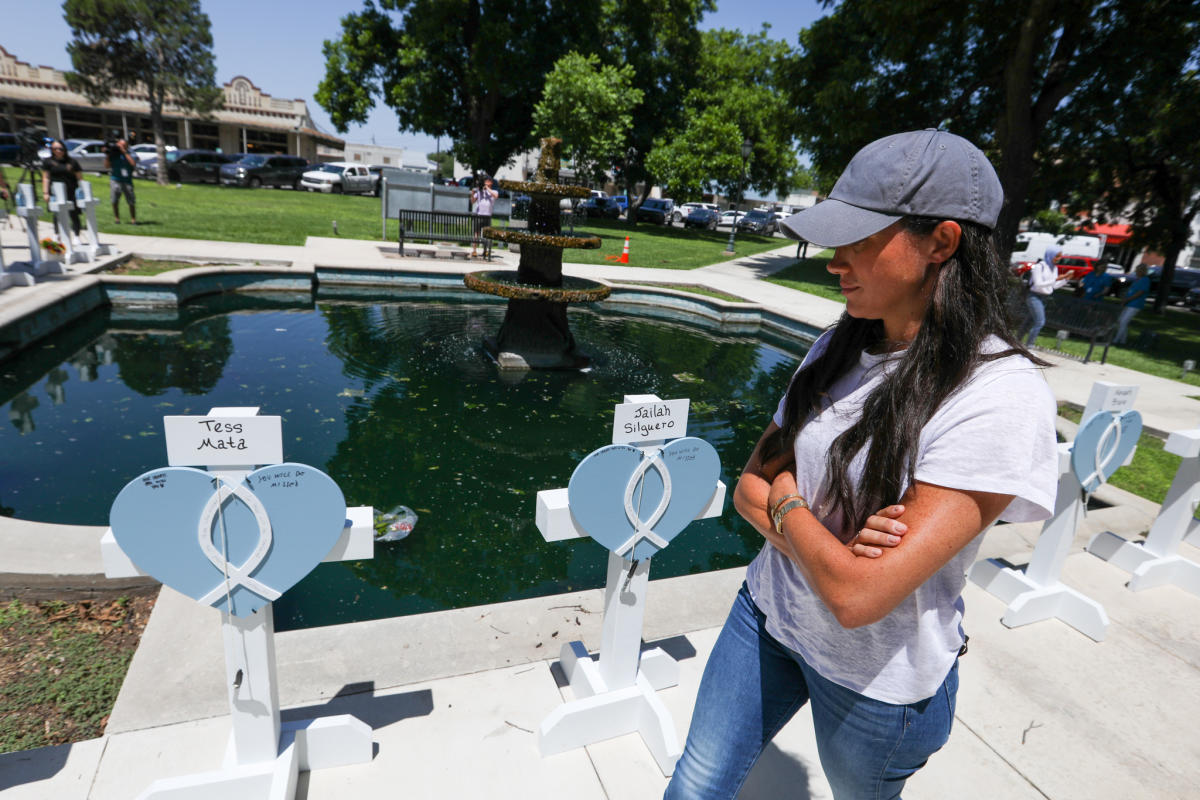 Meghan Markle traveled to Uvalde, Texas, to pay her respects at a memorial set up to honor the 19 children and two teachers killed in Tuesday’s mass shooting at Robb Elementary School.

The Duchess, who now lives in her native California after she and husband Prince Harry announced their formal break with the royal family in 2020, placed a bouquet of white roses near a series of crosses bearing blue heart plaques. and the names of the 21 victims killed in the school shooting.

AFP reports that Markle, 40, walked in silence, head down and arms crossed, at the makeshift memorial outside the Uvalde County Courthouse. The royal wore a baseball cap, jeans, a T-shirt and tennis shoes for his unannounced visit.

A spokesperson for the Duchess tells Omid Scobie, Royal Executive Editor of Yahoo News UK, that she traveled to Texas to offer the Uvalde community condolences as they deal with “unimaginable pain”.

Markle’s visit comes amid reports that her father, Thomas Markle, was hospitalized after suffering a stroke on Monday.

Updated, 5:45 p.m.: This article has been updated to include a statement from Markle’s spokesperson.