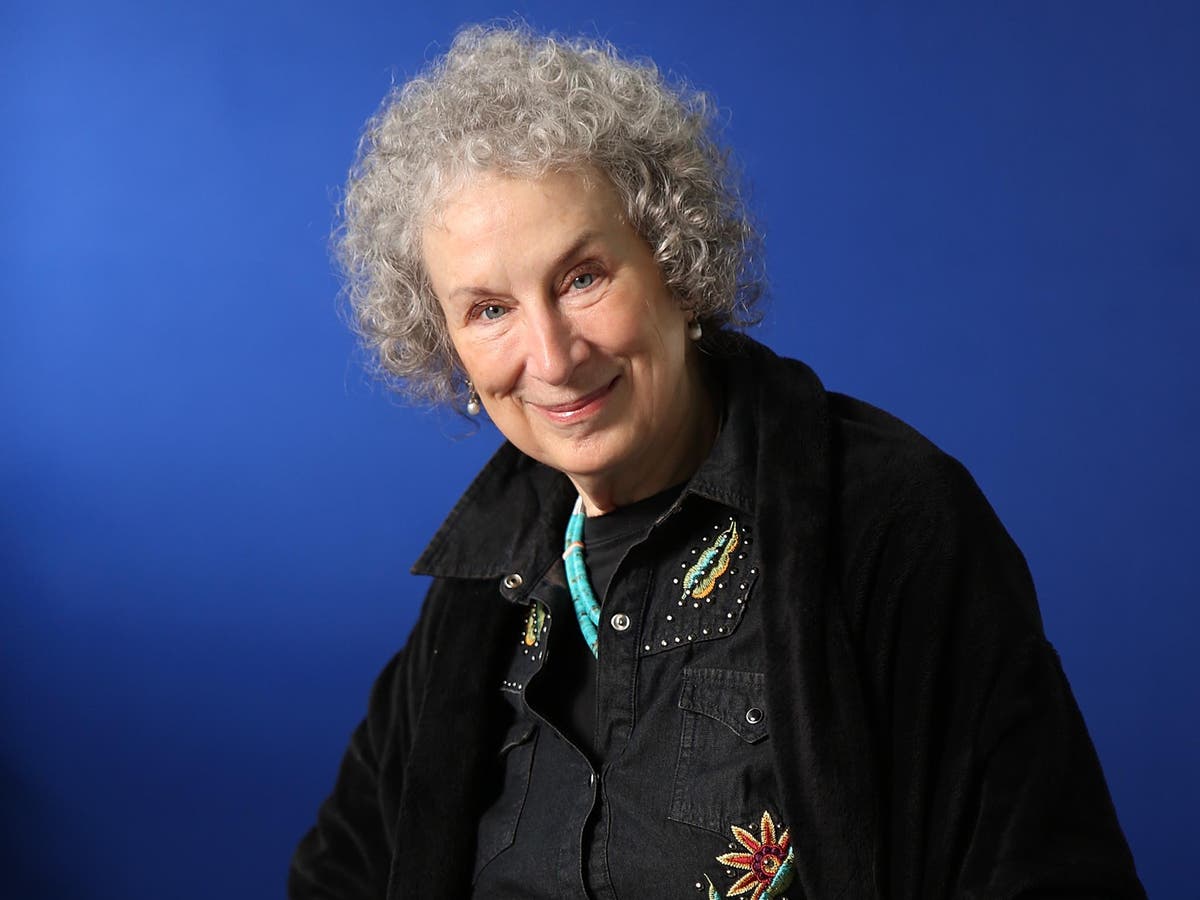 Margaret Atwood delivered a harsh indictment against Republicans working to ban abortion at the Santa Fe Literary Festival on Saturday.

“As far as I’m concerned, this is payback for MeToo,” he said, adding that banning abortion would create an environment where you “accuse people of having abortions” as a form of blackmail. Anyone can walk up to a woman of childbearing age and say, “You had one, where’s my $10,000?” Atwood added.

Two-time Booker Prize winner and author of The Handmaid’s Tale she received a standing ovation from the audience as she took the stage for a conversation moderated by longtime friend and literary editor Amy Grace Loyd.

Atwood spoke at length about the leaked memo that suggested the US Supreme Court is about to overturn Roe v Wade, the landmark precedent set in the 1973 ruling, which enshrined constitutional protections for abortion.

Taking aim at conservative judges and legislators who describe themselves as constitutional originalists to advocate overturning such legislation, Atwood said, “If you take the original Constitution [as it is and apply it]many people are going to lose their rights, including all women.”

He added that the next to lose their rights, according to a strict reading of the historic document, would be “anyone who does not have assets.”

“The First Amendment says there is no state religion,” Atwood continued, to enthusiastic applause and cheers. “That means that the religious beliefs of one group should not be imposed on others.”

Despite the erosion of women’s rights, Atwood said she was very hopeful for the future. “I feel like hope is part of the human toolkit that we come with because those of our distant ancestors who were hopeless didn’t use their ingenuity … to get out of very difficult situations,” she said. “…If you give up, if you’re not optimistic about anything, things inevitably get worse.”

Speaking of the need to constantly organize and fight political tyranny, Atwood concluded: “To have hope, we need willpower and luck, but especially willpower.”

On the first full day of the festival, Atwood spoke to a packed room of more than 900 people. She was joined by an impressive array of Saturday speakers including John Grisham, Don Winslow, Phil Klay, Emily St. John Mandel and Bryant Terry.

Sunday speakers include George RR Martin, fantasy novelist, screenwriter and author of The Song of Ice and Fire, which was adapted into the HBO series Game of Thrones; Pulitzer Prize winner Lawrence Wright; author and criminal justice activist Valeria Luiselli; chef, cookbook author and owner of London’s Darjeeling Express restaurant Asma Khan; and investigative journalist and author of Under the banner of heaven, John Krakauer.

The Independent, as the event’s international media partner, provides coverage throughout each day of the festival with exclusive interviews with some of the leading authors. For more information about the festival, visit our Santa Fe Literary Festival Section or visit the festival website.