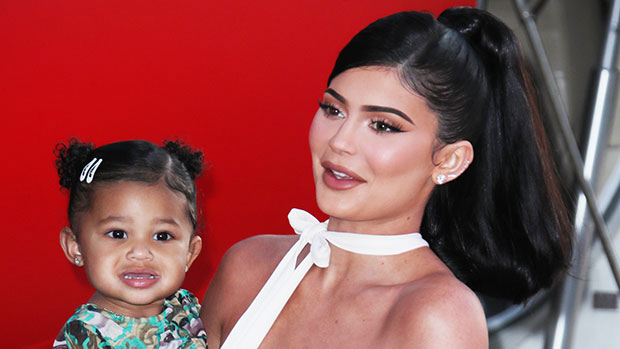 Kylie Jenner Y Travis Scott had some time alone with his daughter, Stormy Webster, during a tropical vacation on May 5. Kylie posted videos of her on the Instagram story of the trio of her trying to feed wild lizards on the beach. Travis held Stormi in her arms while Kylie knelt on the ground and tried to lure the animals towards them. Just three months after giving birth, Kylie looked amazing in a green bikini top and long skirt, with her hair cascading down her back and sunglasses on her head.

Kylie and Travis’ second child, who they welcomed in February, was not seen. Kylie has not yet shared any images of the baby’s face and has not revealed her name either. Although the couple initially named their newborn Wolf Webster, they eventually explained that they didn’t feel the name “fit” him, so they would change it. Earlier this week, Kylie shared a glimpse of the baby’s feet in her Met Gala’s YouTube video, but she didn’t pan the camera any higher than her shoes.

Kylie attended the Met Gala alone, although her four sisters, as well as her mother, kris jenner, attended. She honored the deceased Virgil Abloh with her look, wearing an ensemble inspired by a wedding dress from her Off-White line. Her look was completed with a backwards baseball cap, which had a veil covering her face.

Although Travis wasn’t at the Met, things seem to be going well between him and Kylie. In fact, on May 5, he also posted several PDA photos of the couple on the beach during their trip. With the sun setting over the ocean in the background, Kylie wrapped her arms around Travis’s neck as he caressed her face. The two first got together in April 2017 but broke up in the fall of 2019. However, they eventually reconciled and had their second child together.

Met Gala Venue: where the event is taking place and all about The Costume Institute