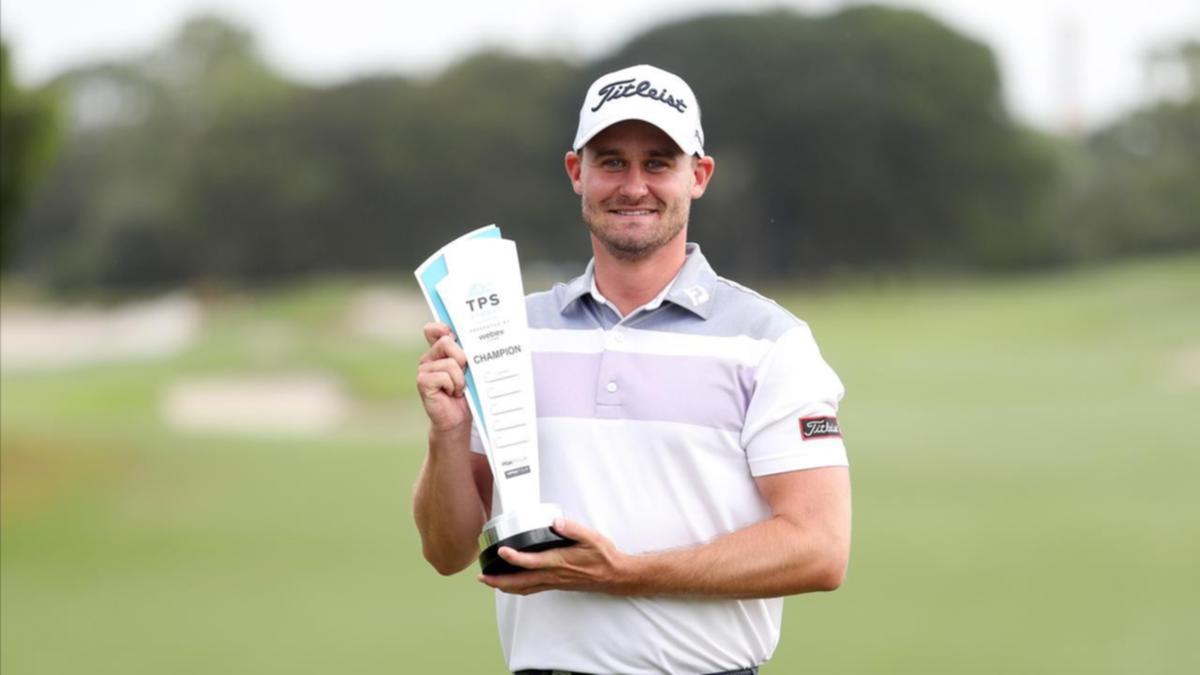 A marginally off-line tee shot provided Jarryd Felton with the slice of good fortune to win TPS Sydney in a playoff after rain forced the tournament to be reduced to 54 holes on Sunday.

Bonnie Doon Golf Club received 512mm of rain from Tuesday night yet held up until Sunday afternoon when a second delay due to heavy showers made it impossible to complete the final round.

It was not the course but time constraints that convinced PGA Tour of Australasia officials to abandon the final round at 3.30pm AEDT, the leading groups only through three holes when the decision was made.

Tied with Brendan Jones at 15-under at the start of the day, Perth-based Felton battled away manfully to establish a two-stroke lead in horrendous conditions but was suddenly thrust into a playoff when scores reverted to the three-round totals.

After Jones split the fairway at the par-4 18th hole with his tee shot, Felton followed up with a drive that crept into the left rough.

It was not intentional but given the position of the flag on the top tier in the back-left portion of the 18th green it gave the 26-year-old the opportunity to take some spin off his approach and leave a birdie putt 15 feet below the hole.

Jones subsequently hit his wedge inside Felton’s to the back edge of the green but missed his birdie try to hand Felton a fourth ISPS Handa PGA Tour of Australasia title.

“When I hit it in the rough I kind of thought to myself, That’s probably a good result,” Felton said.

“It was definitely an advantage hitting it in the rough…accidentally.”

Felton’s partner Hannah Green received worldwide attention for her TPS Murray River victory a fortnight ago yet for Felton such a win represents a re-emergence following a difficult period in his career.

Winner of the 2020 WA PGA Championship at Kalgoorlie, Felton endured two weeks of soul searching in hotel quarantine last year before seeking assistance to get back to a place mentally where he could find happiness on the golf course again.

“Coming out of hotel quarantine I was really motivated and driven to get better, there was just nothing to play,” he said.

“Now that we’ve got tournaments to play I’m more motivated to get better.”