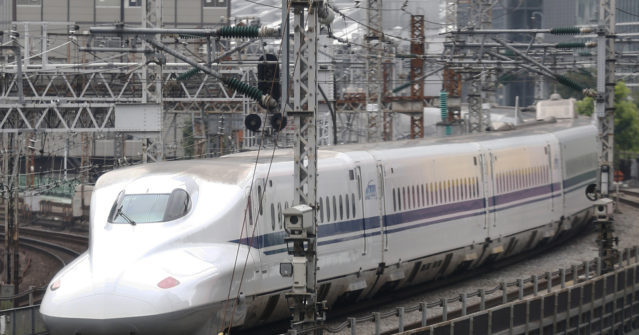 Tokyo police on Friday arrested a senior Japanese Finance Ministry official named Ono Heihachiro for allegedly “punching and kicking” a passenger while he was riding aboard a moving train, Japan’s Jiji Press reported, noting sources said. Police claimed that Ono was “very drunk” at the time of the attack. the alleged incident.

Officers from the Tokyo Metropolitan Police Department detained Ono, 56, around 12:30 a.m. on May 20 (local time) for allegedly assaulting a passenger on a train traveling on the “Tokyu Denentoshi Line connecting Shibuya Station in Tokyo and Chuo-Rinkan Station in neighboring Kanagawa. Prefecture,” Kyodo News reported.

“Ono was captured around the train ticket gate at Sakura-shinmachi station in Tokyo’s Setagaya district by police officers who rushed to the scene following an emergency call from the police,” Jiji Press reported.

“Ono appeared to be on his way home and was very drunk at the time,” the news agency reported, citing unnamed sources at the Tokyo Metropolitan Police Department.

Jiji Press said his sources described the alleged victim as uninjured despite his claim that he was physically assaulted by Ono, who denied recollection of the May 20 incident.

Ono has worked for Japan’s Ministry of Finance since 1989 and joined the federal institution shortly after graduating from the University of Tokyo School of Law. The lifelong bureaucrat took up his last post as assistant deputy minister for planning and policy coordination in July 2021. Ono has been appointed to key positions within the Ministry of Finance, including director of the Budget Office, during his long career. .

“He took over as deputy deputy minister in July last year, taking charge of policy coordination with the Bank of Japan. The post is seen as a stepping stone to the post of deputy minister, the main bureaucratic position in the ministry,” the Japan Today news website noted on Friday.

Japanese Finance Minister Suzuki Shunichi reportedly demoted Ono to an undisclosed position within the ministry’s Cabinet Secretary on May 20 upon learning of her arrest for assault, according to the Tokyo-based Kyodo news agency. While he acknowledged that Japan’s finance ministry was still working to confirm details of the incident, Suzuki told reporters on Friday that he considered the allegations against Ono “extremely regrettable” before apologizing for the scandal. Suzuki made the remarks to reporters in Germany after attending a Group of Seven (G7) financial meeting on May 20.