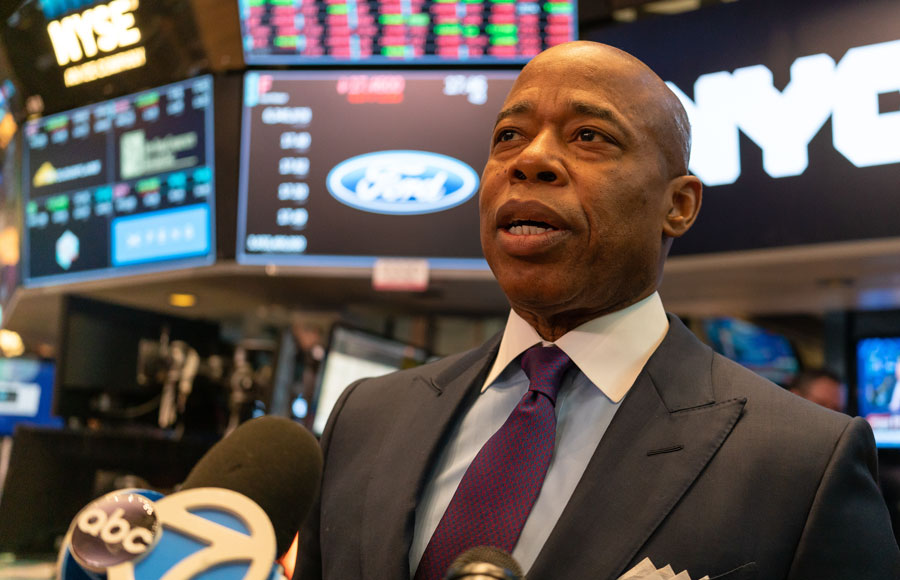 MANHATTAN, NY – New York City’s vaccine passports – without which visitors and residents are unable to enter restaurants, gyms, and entertainment venues – as well as school mask mandates are all set to expire on Monday, March 7, according to an announcement made by Major Eric Adams on Friday.

Many cities across the country have been relaxing – or ending altogether – their COVID-19 restrictions and mandates as infection rates nationwide have dipped to significantly lower levels recently.

Adams, who made the announcement in Times Square, told reporters that it was time to give NYC’s long-suffering economy a sorely-needed boost.

“This is about giving people the flexibility that is needed to continue to allow not only safety, but we have to get our economy back on track,” he said. “It’s time to open our city and get the economy back up and operating.”

“We have to get our economy back on track,” Adams added. “It’s time to reopen our city.”

The NYC vaccine passport system – one of the first in the nation – was implemented in the midst of the pandemic by former Mayor Bill de Blasio. Under the mandate, establishments such as restaurants, gyms, sports venues, concerts and more were forced to only admit individuals who could provide proof of having been fully vaccinated against COVID-19.

Adams did not say that the city would not bring back any of the mandates, but merely noted that the decision not to renew them at this point was based on the city’s current COVID-19 data.

“So long as our indicators show a low level of risk and we see no surprises this week, on Monday, March 7 we will also remove the vaccination requirements for Key2NYC – meaning indoor dining, fitness, and entertainment venues,” he said. “We’re taking this week to give business owners the time to adapt while we monitor the numbers to ensure we are making the best public health decisions for the people of New York.”