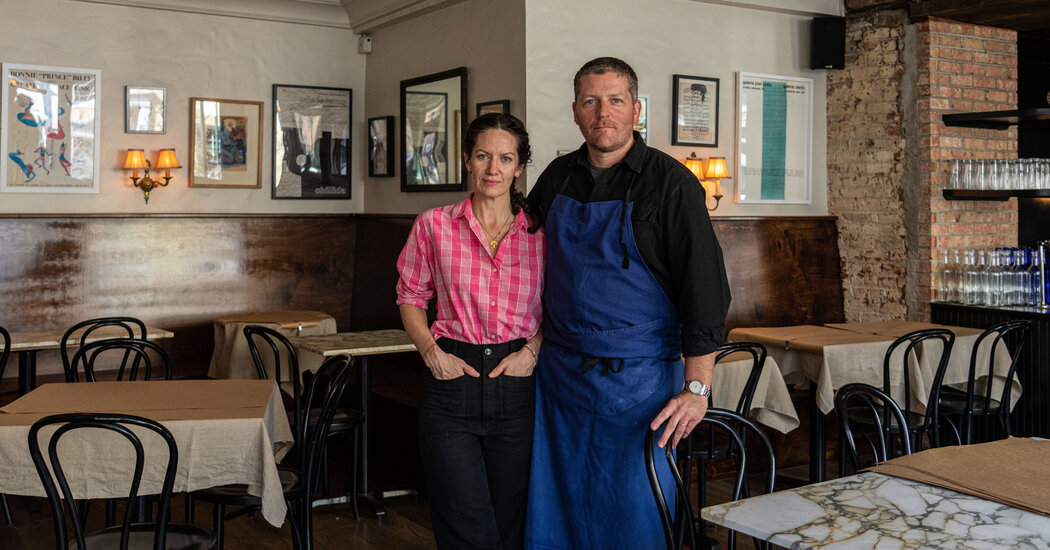 The arc of the pandemic, from the dark beginnings to this new awakening, is efficiently told through the story of the chef Sean Rembold, who has worked in some of Brooklyn’s best loved kitchens. For him, the past week was clearly a turning point. Mr. Rembold and his wife of him, the fashion designer Caron Callahan, had Covid in the initial phase of the pandemic, that long, terrifying stretch when you could not be sure that you would get a hospital bed if you needed one. He has spent a lot of time worrying, and he has lost his taste for four months.

Immediately before that he had been working as a private chef and taught cooking to people who had come out of prison. But when the crisis overcame everything, he somehow saw an opportunity to open a restaurant of his own. He had wanted to do that for a long time. During the preceding five years he had looked at every available space in Cobble Hill and Carroll Gardens, but nothing quite worked.

Then, last winter I found something on a residential stretch of Hicks Street on the north end, a block off the water. The space had previously been occupied by a longstanding neighborhood restaurant that closed early in the pandemic.

His restaurant, Inga’s Bar, quietly opened this week after many months of stops and starts. At one point it was to open in early December and then in February, but supply chain issues, the labor shortage and the increasingly slow pace of the state’s liquor-licensing apparatus — also a result of the shrinking labor pool — delayed everything.

On Wednesday, the restaurant received friends and family. Neighbors walked by and took pictures. Mr. Rembold imagined a place where an architect might land at the bar next to a contractor, a writer next to an editor and so on. He was, in his heart, a cross-pollinator.

But at the same time it was true that you might walk several blocks and still find many people wearing masks outside. And why was it that, despite the science about surface viral transmission, some restaurants continued to deal only in those pointless digital menus? For the immuno-compromised, the pandemic is certainly not over but it’s unclear how to measure like that will help them. It will take a long time for all of us to recalibrate, to shed pandemic worn habits. But for now, at least, it feels like a moment.