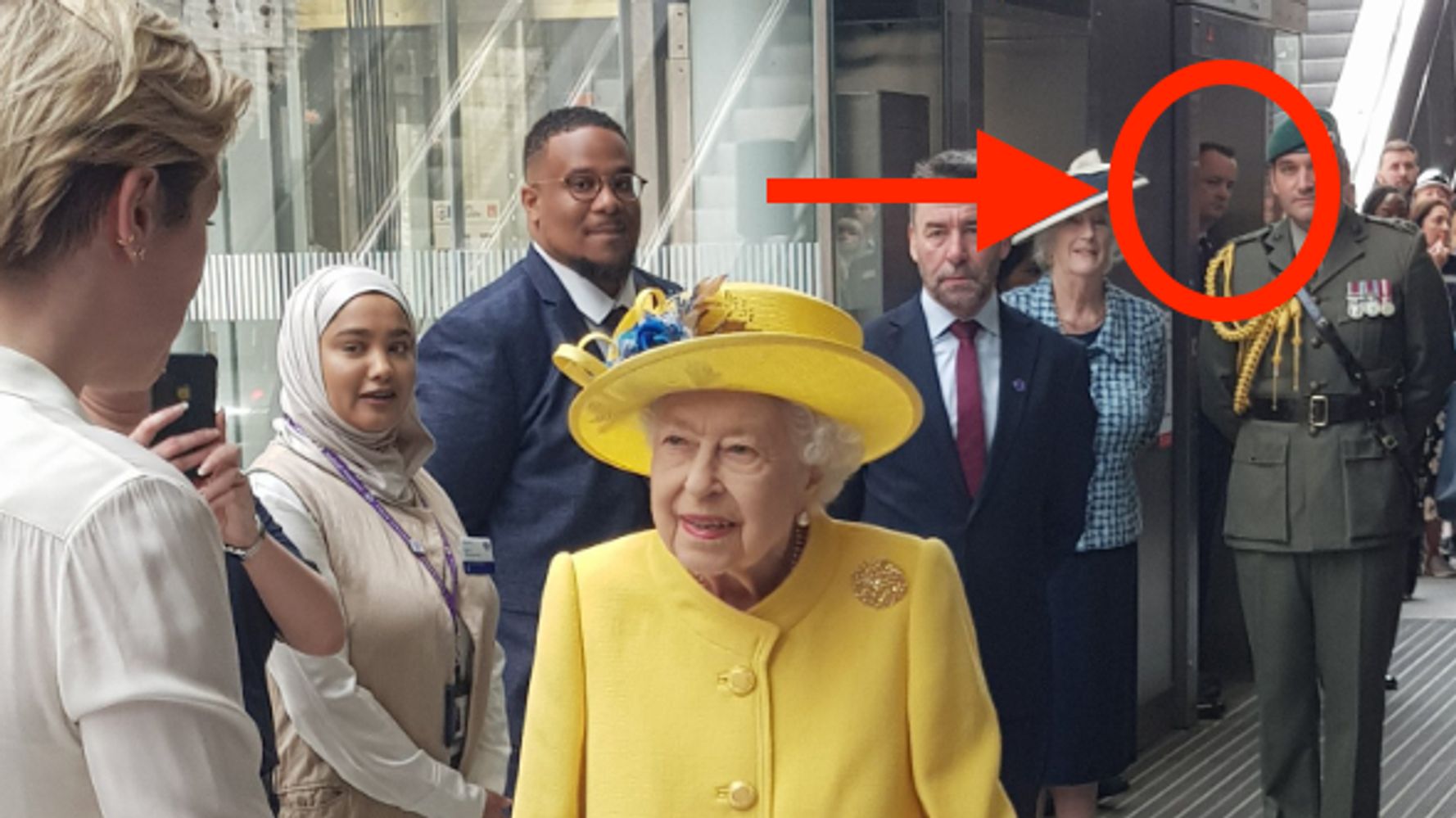 Forrest Gump, is that you?

A photograph of Queen Elizabeth II has gone viral on Twitter after people spotted someone they gleefully suggested was Tom Hanks’ iconic character in the background.

Valentine Low, the royal correspondent for The Times of London, tweeted on Tuesday this photo he took of the British monarch’s surprise visit to Paddington station to officially open the new Elizabeth tube line, named in his honour.

There, behind the queen in the background, is a man who at first glance could pass for Gump in scenes from the 1994 hit movie in which he is witnessing historical events.

Low “wasn’t looking at the bottom” when he took the photo, he told HuffPost. “I was focused on the queen, which looks pretty good for 96.”

Twitter user @SkillsMcGill was one of the first to highlight the man’s presence.

“Had to get closer to check if it was Forrest Gump,” they tweeted. The post has now garnered over 300,000 likes.

“I noticed an image of someone sneaking around in the back and zoomed in to see what was going on there,” the Twitter user, who did not reveal his full name, told HuffPost.

“Lo and behold, ‘Forrest’ is looking at me and it instantly popped up like a still image from a deleted scene from the movie.”

“It really is lovely to imagine being in some way responsible for making a lot of people smile, that seems pretty important right now, more than ever,” they added.