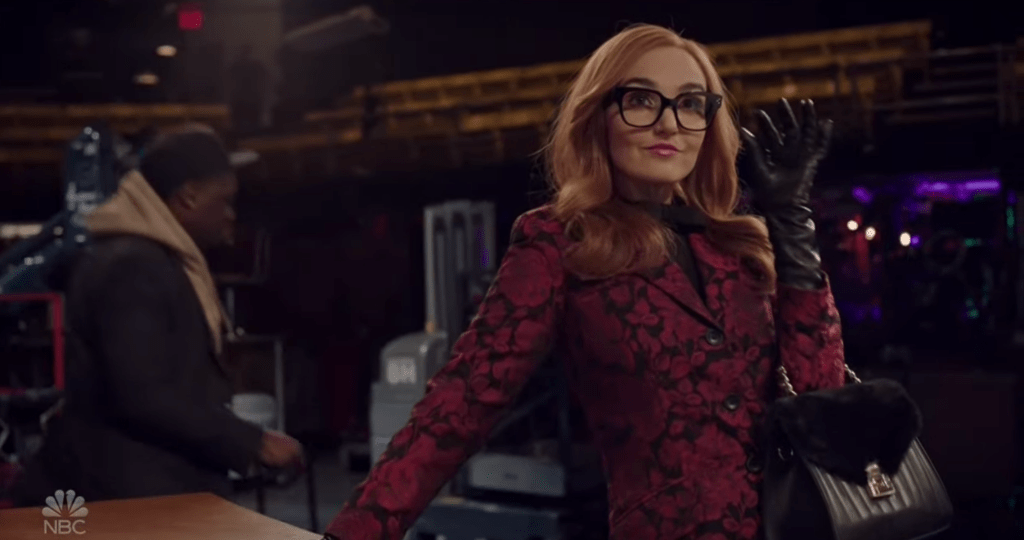 Chloe Fineman channeled her inner Anna Sorokin in a sketch titled Inventing Chloe on Saturday night Livea nod to the Netflix drama Inventing Anna about Sorokin’s experience as a fraudster.

Sorokin, under the alias Anna Delvey, pretended to be a wealthy German heiress while defrauding banks, hotels, and friends, among others. She was convicted in 2019 for grand larceny, larceny in the second degree, and theft of services.

In the sketch, Fineman used Sorokin’s infamous—and odd—accent while demanding her SNL colleagues get her bougie goodies like meals from Nobu and Michael Che’s spot on the Weekend Update desk. Very VIP.

She eventually loses control as she finds it harder to keep up with her lies while also avoiding having to pay her debts.

“Chloe, I can’t help but notice you’ve been Delvey-ing everyone today,” Kate McKinnon said to her costar as Fineman struggled to come to her senses. “Chloe, you don’t have to do this. The hair, the glasses, the Russian accent that’s also German. You just got to be confident. There’s a real Delvey inside you. It has been all along.”

Fineman eventually comes to her senses but there’s a twist: another Delvey on the NBC show is exposed.

Watch the sketch in full above.