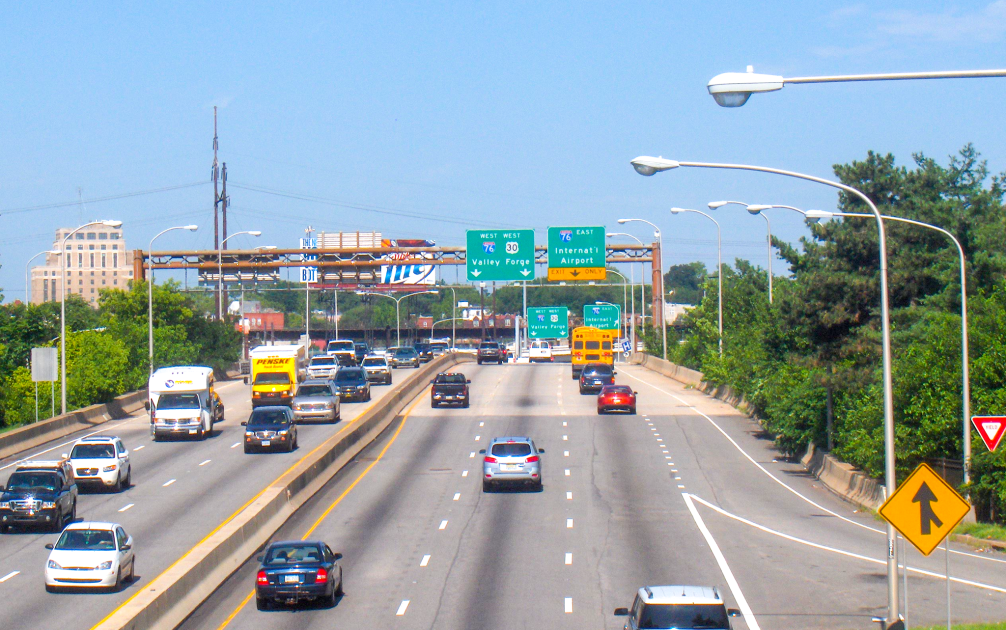 The highway passes over a couple of cemeteries run by the First African Baptist Church, which served a congregation of free blacks in the pre-Civil War era.

Every day, 55,000 cars drive through downtown Philadelphia, right over the excavated remains of two major cemeteries.

The Vine Street Expressway bisects Philadelphia to connect I-95 and I-76, and its history is mired in controversy. The idea for the road came in the 1930s, spending decades with half-finished construction as various Chinatown community groups opposed it.

The highway opened in 1983, but freeway excavation revealed that it would cover a pair of cemeteries located at the intersection of 8th and Vine and 10th and Vine streets. Both belonged to the First African Baptist Church congregation, which served a collection of free black worshipers from 1809 until 1841, when it moved.

Until the excavation of the highway, there were almost no burial sites that highlighted the lives of free blacks who lived in the north before the war. In all, the excavations uncovered the remains of 225 people, generating a documentary, evidence of West African burial practices, and a look at the plight of free black people.

The 225 bodies are now in a cemetery in Delaware County. this thread unpack how it happened.