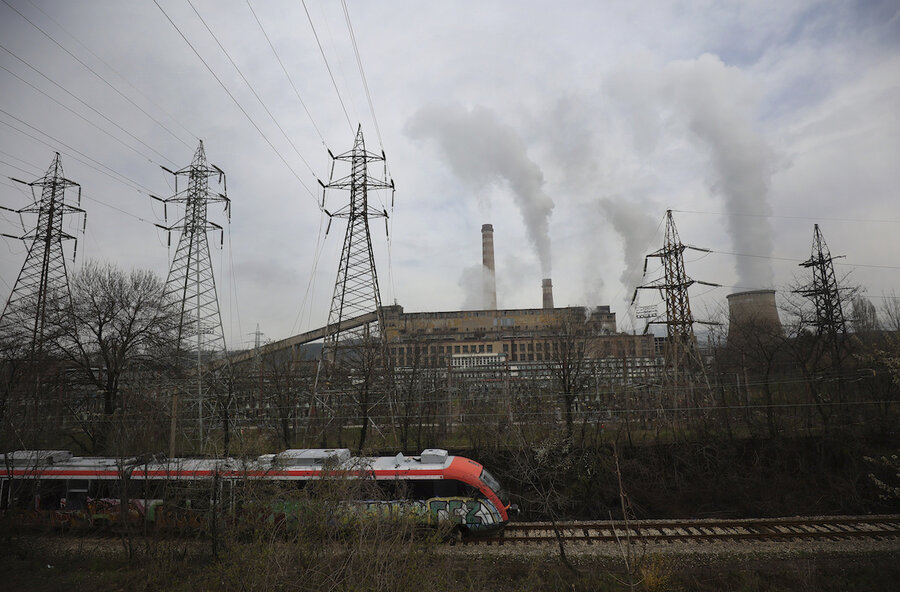 After a 20-year political battle, Belgium was ready to close its nuclear plants by 2025, but the war in Ukraine and rising energy prices forced a U-turn and reignited debate across Europe over the best route. towards a safe and low-carbon future. energy future.

Christophe Collignon, mayor of Huy, whose skyline and history are dominated by the Tihange nuclear plant, said most people in the medieval town in eastern Belgium welcomed the decision to extend the aging reactor’s life until 2035.

“Sometimes you have to be more pragmatic and less ideological,” said Collignon, who recalls opening the first plant in 1975, adding that everyone in Huy knows someone who works there.

“The question is can we follow the timeline to close? Right now the answer is no,” she said, describing the 2025 deadline as too tight to ensure Belgium’s energy security.

Belgium’s dilemma over how to switch to reliable green energy sources is playing out across the European Union, as it strives to meet a goal of net zero carbon emissions by 2050 to avoid catastrophic global warming.

Since Russia’s invasion of Ukraine, the 27-nation bloc has also vowed to cut its use of Russian gas, which accounts for about 40% of its supply, by two-thirds this year and end its dependence on Russia “well before 2030.”

The twin goals of cutting Russian fossil fuels and cutting emissions are reviving interest in nuclear power in much of Europe.

“It was already very ambitious to try to reach net-zero emissions targets in an acceptable timeframe and limit global warming. It’s an expensive endeavor,” said Richard Bronze, director of geopolitics at Energy Aspects, a London-based research firm. “But if you need to move away from Russian energy imports in an even shorter time frame, it makes the whole task more difficult.”

Belgium’s efforts to abandon nuclear power date back to 2003, when it voted to phase out nuclear power in a political victory for the Green Party, after first coming to power in a coalition government.

Twelve governments later, the goal has not yet been met.

Ironically, it was Tinne Van der Straeten of the Green Party who, as energy minister, announced in March the decision to delay Belgium’s nuclear exit.

“The world had changed,” Green Party spokesman Baptiste Erpicum told the Thomson Reuters Foundation. “Circumstances forced us to change the route but not the destination.”

Nearly 40% of Belgium’s electricity comes from nuclear power, the sixth highest rate in the EU, according to the International Atomic Energy Agency.

Belgium has yet to find reliable alternatives, despite huge investment in offshore wind farms, and the phasing out of nuclear power is likely to increase its use of gas, according to the Paris-based International Energy Agency.

Mr Erpicum said the Green Party is committed to getting out of nuclear power, particularly in light of radiation fears raised by Russia’s capture of Europe’s largest nuclear plant, Zaporizhzhia, in March.

“Radioactive waste represents a real danger, without even taking into account the risk of a nuclear accident,” he said.

“Investment in nuclear power takes funding away from the only really green energies,” he said, adding that the government had set aside €1.2bn for its goal of making Belgium 100% reliable on renewable energy by 2050.

“It’s a historic sum … and it will progressively make us less dependent on fossil fuels, which are often the source of conflict or war.”

Europe is divided over nuclear power, with some vowing to avoid it after Japan’s Fukushima nuclear disaster in 2011 and the Chernobyl reactor explosion in 1986.

Nuclear electricity production has fallen across Europe since 2004, with Lithuania closing its facilities in 2009 and major drops in Germany, Sweden and Belgium, EU data show.

Germany, Europe’s largest economy and a powerful political player, is set to shut down its last nuclear plants this year.

On the other hand, France, which already gets 70% of its electricity from nuclear power according to the International Atomic Energy Agency, is ramping up production, along with Romania, Hungary and the Netherlands.

“It’s low carbon and can go up and down as needed,” he said, adding that it’s more reliable than renewables because it doesn’t need the wind to blow or the sun to shine.

President Emmanuel Macron of France, which generated 52% of the EU’s nuclear power in 2020, said in November that he would build new nuclear reactors to meet global warming targets, ensure energy independence and control rising prices. of energy.

Meanwhile, new small modular reactors, which are faster and cheaper to build than traditional nuclear power plants, are attracting interest in Romania, Poland and Britain.

With many EU countries lagging behind on carbon emissions targets, nuclear power is seen as a stopgap measure while investments in renewables, including improving storage technologies, increase, said Catalina Spataru, an energy policy expert.

“It could be a kind of backup power … until we really move towards renewable energy,” said Ms Spataru, director of the University College London Energy Institute.

Moving away from fossil fuels is expensive and slow, he said, pointing to France’s Flamanville 3 nuclear project, which is expected to cost 12.7 billion euros ($13.4 billion), more than four times the first estimate in 2004.

“We have seen subsidies over the years for fossil fuels. So if we could see the same kind of subsidies for [renewable energy] storage, then we will definitely see a different picture 20 years from now,” he said.

So where will Europe go?

One answer may lie in new investment rules proposed by the European Commission, which would label some gas and nuclear power projects as green, making them more attractive to investors.

If the rules are approved in July, they will take effect in 2023. Some EU lawmakers have already said they will oppose the so-called Taxonomy Regulation.

Get stories that
empower and encourage newspaper.

“Countries that have significant experience with nuclear power are going to be the places where it will stay for the long term … and there are others where that is an unacceptable option,” he said. “That very differentiated national-level approach will likely continue.”

This story was reported by the Thomson Reuters Foundation.