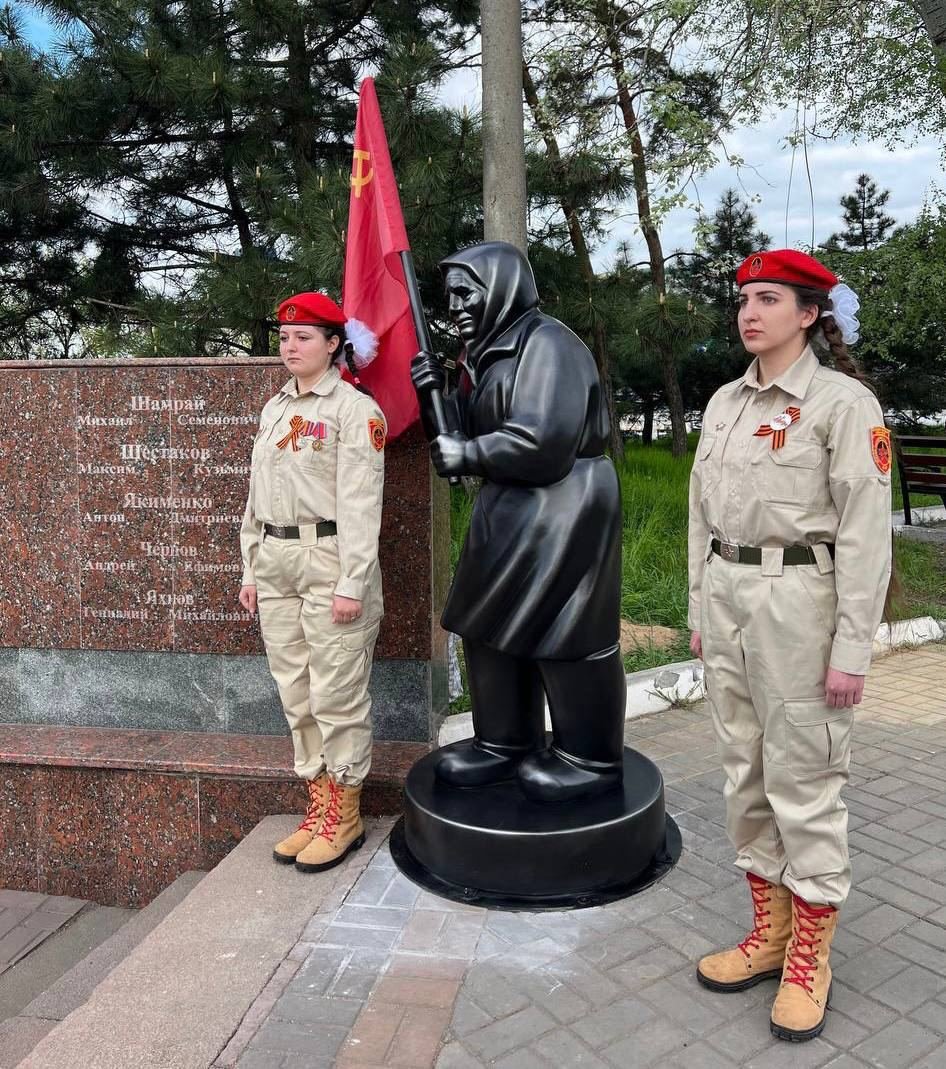 Medals, road signs, and statues have served as some of the earliest symbols of Russia’s takeover of parts of southern Ukraine, and especially Mariupol.

This week, the leader of the self-proclaimed Donetsk People’s Republic (DPR), Denis Pushilin, and a senior official from Vladimir Putin’s United Russia party, Andrei Turchak, handed out medals “for the Liberation of Mariupol.”

The DPR has been working hard to change traffic signs from Ukrainian to Russian, especially the ones at the entrance to Mariupol.

The southeastern port city has been under siege for several weeks, with efforts now focused on the Avostal steel plant. On Thursday, Ukrainian President Volodymyr Zelensky said Russian forces were “not stopping” the shelling of the plant.

The plant is now being evacuated while civilians and soldiers remain trapped inside, with the “next stage” underway, according to Andriy Yermak, head of the Ukrainian president’s office. More than 300 evacuees from the Mariupol area arrived in the city of Zaporizhzhia on Wednesday.

The DPR Ministry of Transport promised this Thursday that the work to replace road signs in what they call liberated territories will continue. A statue has also been erected in Mariupol, depicting an old woman clutching the Soviet flag.

Petro Andrushchenko, adviser to the elected mayor of Mariupol, spoke bitterly about the growing number of Russian officials visiting Mariupol, including Sergey Kiriyenko, a top Kremlin official, describing them as “curators of Mariupol’s integration into Russia”.

Referring to the new statue, Andrushcheko said the Russians had opened a monument “to an old woman with a flag in the Plaza of the Liberating Warriors, which they stubbornly call the Leninist Komsomol.”

Andrushchenko also distributed new photos on Friday, saying that “in recent days, all the monuments of the Soviet period have been ‘restored’: the so-called ‘fists’ with eternal fire, and the signs saying ‘To the victims of fascism’ on The Russian Language. [Also the] monument to ‘Komsomol members and communists’ in the Primorsky district”.

Although not in Mariupol, Andruschenko maintains ties to people who are still there and says the Russian flag has also been raised at the city hospital and posted a photo.

“The occupants allowed the doctors to work for the people of Mariupol. The medical staff and doctors live directly in the hospital, there is only outpatient treatment. The hospital has electricity through generators, water – by water carriers.”

He also posted a short video taken from a vehicle in Prospect Myru showing debris removal. Like other Ukrainian officials, Andrushchenko said that “the job of recovering corpses from the rubble is entrusted to the residents of Mariupol. Their payment: food.”

On the way to Zaporizhzhia from Mariupol, a road that most of those trying to escape from Mariupol must take, is the town of Tokmak, also under Russian occupation. The town entrance sign has been repainted with the Russian tricolor.

In other parts of southern Ukraine, the ruble is gradually being introduced. According to a community group on Facebook, government employees in the city of Yakymivka have been told that if they want to be paid in Ukrainian hryvnia, “occupants will take two-thirds of the salary.”